Mosaic event in Circulacija² in Ljubljana:

CAN YOU HEAR ME

“Love is a will — the will to share happiness with everyone. Being happy and making happy — that’s the rhythm of love.”
Sri Nisargadatta Maharaj

“As long as the achievements of culture are locked up in cultural ghettos and as long as cultural creators only measure their strengths among themselves, and not in dialogue with those for whom art is truly intended, for so long we will talk about the gap between art and the working people – about the so-called misunderstanding between the creators of culture and the people.”
Stane Dolanc, secretary of the executive bureau of the ZKJ presidency in 1973 in a speech on the 25th anniversary of the Modern Gallery

“I’m sorry for the nonsense, because until now it has been so rarely artistically molded …”
Kurt Schwitters, 1920 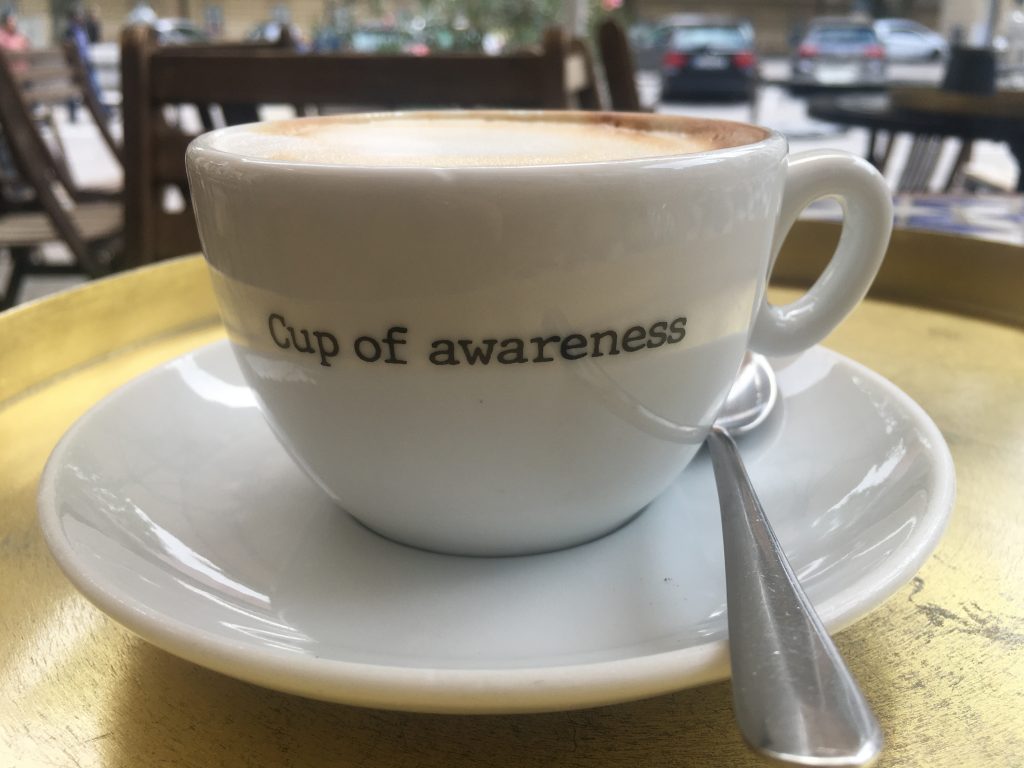 Can you hear me. You just have to look and see. Look at yourself, at your being. You know you exist and you like it. Let go of all imagination, that’s all. Don’t rely on time. Time is death. He who waits dies. Life is only now. Don’t tell me about the past and the future, they only exist in your mind. There is no need to practice anything. To know yourself just be. Let your true nature emerge. Don’t worry your mind about searching. You can’t gain anything. Let go of all imagination and know yourself as you are. Self-knowledge is non-attachment. All attachments mean fear because all things are transitory. But fear enslaves a person. Freedom from attachment is not a result of practice, but is something natural when one realizes one’s true nature. Love does not cling; clinging is not love. Every longing comes from a feeling of inadequacy. When you know that you lack nothing, that everything that exists is you and yours, desires disappear. Do you hear me. Oil on canvas levitates in ur sonata of the vast expanses of Mongolia. Because of the meanders, navigation on the river is slow. The compost of the mosaicism of the performance do you hear me non-stop delivers vitamins, minerals, and other nutrients to all genres of art and the fire – that burns up what we think we are. The temperature of the screen of consciousness does not change even by a hundredth of a Kelvin. We think with our palms. At the end (which, of course, there is none), all asses are golden. Il cielo e’ azzurro — zero Baby! Only nothing works! The equivalent of building castles in the clouds is pie in the sky, which flies straight out of the oven into Cirkulacija².

Production: GVR Institute for Artistic Production
Co-production: Cirkulacija², Kibla Maribor, CUK Kino Šiška
The performance is co-financed by the Ministry of Culture of the Republic of Slovenia and the Municipality of Ljubljana. 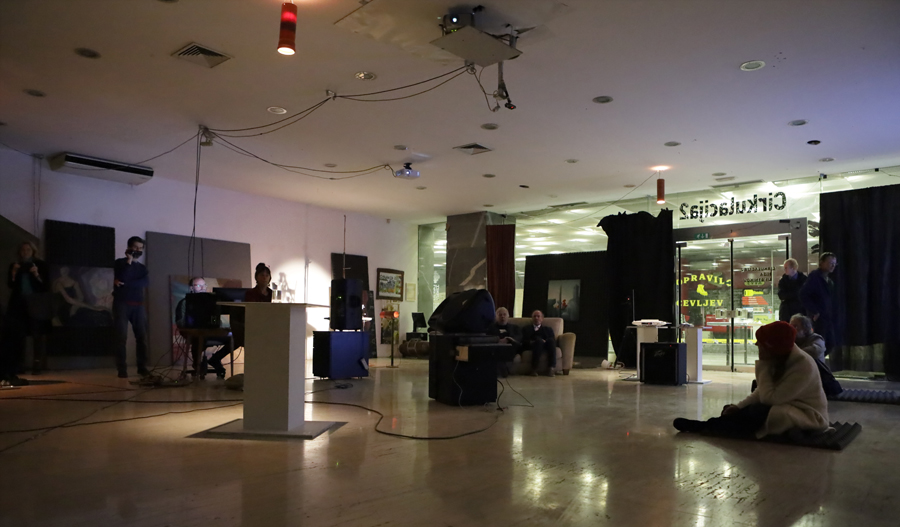 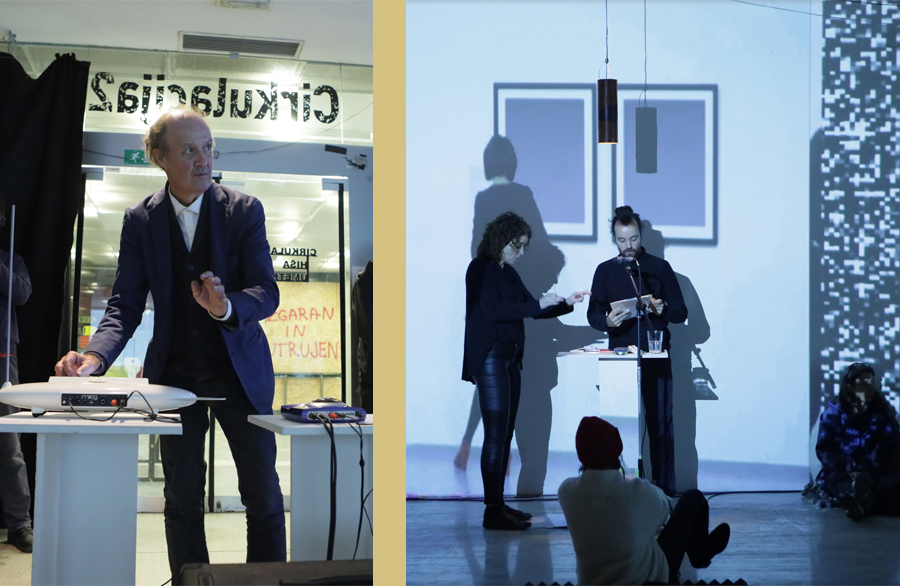 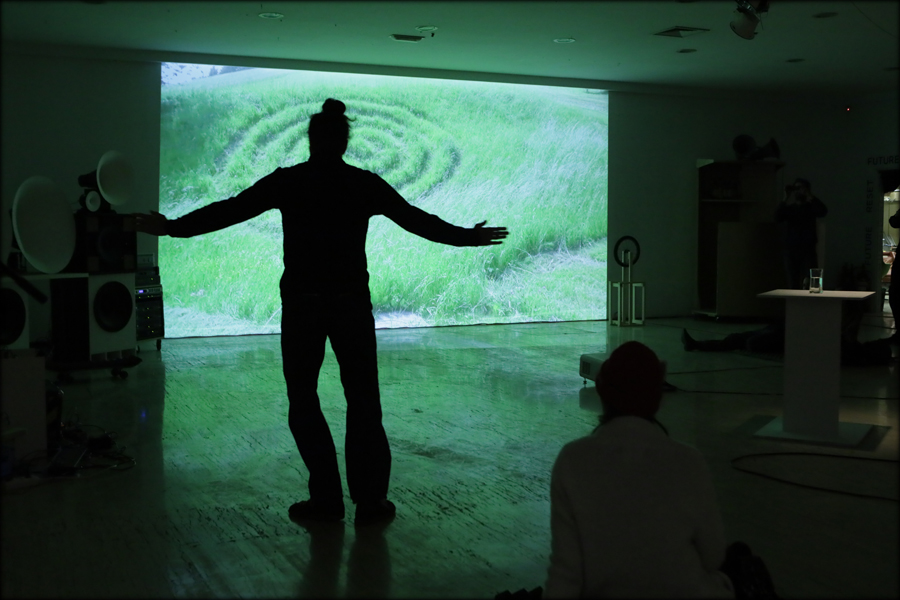 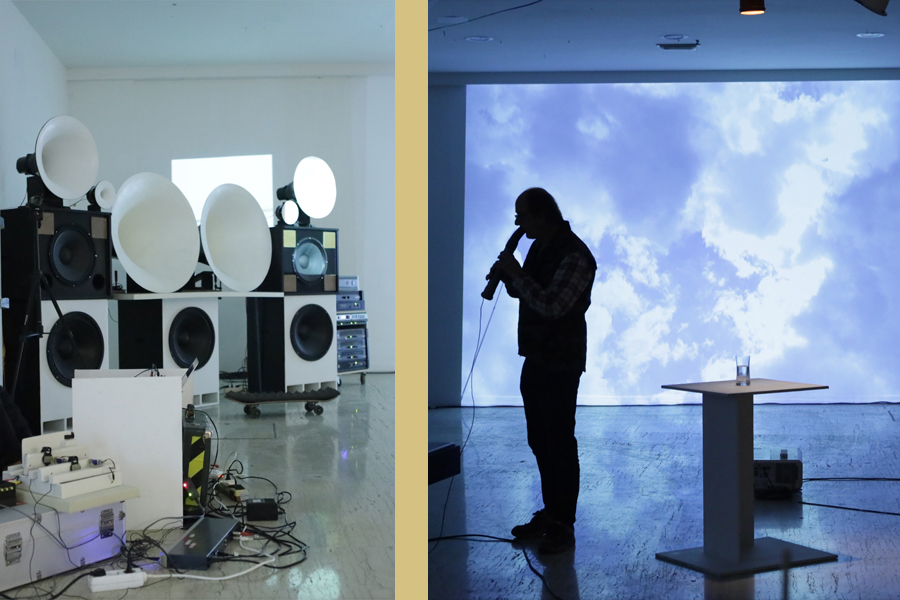 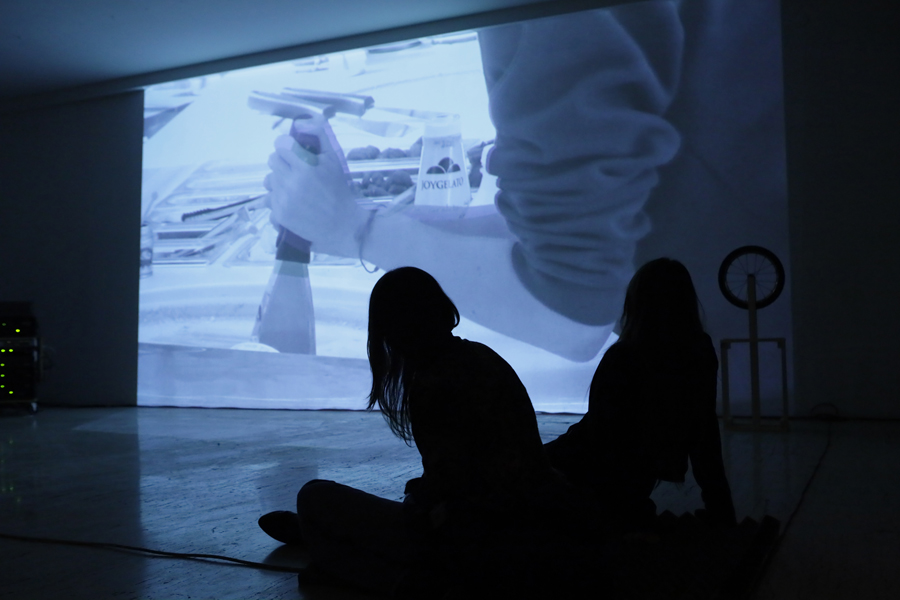