On Thursday, July 21, 2022, at 8:00 p.m. in Cirkulacija 2, Podhod Ajdovščina Ljubljana, you are invited to a movement and sound video event of dubious artistic value – but about that… later (-> Z. Zahović)

A cloud wanders across the sky, changes colors, sometimes speaks, gets angry and often cries. 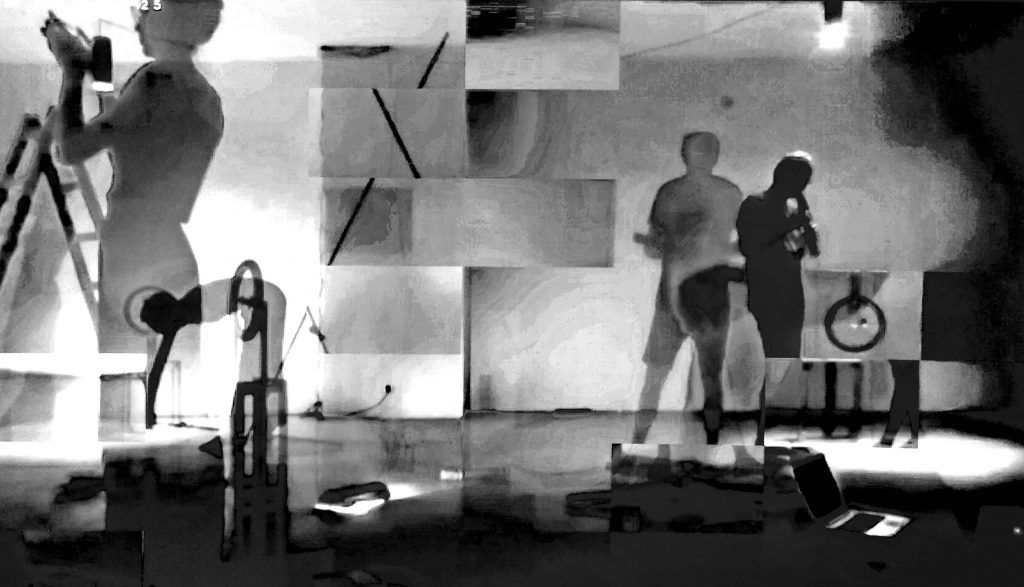 In the second part of their collaboration, the two artists continue to explore the temporal and spatial boundaries between physical and digital images. Experimentation within the physical and virtual led the artist to think about dissociation / dislocation, which means moving away from the body / physicality of the world. This phenomenon occurs when communicating at a distance, where physical bodies (or several of them) are not present in the same space – and the phenomenon of time and space lag occurs.

The artists fill the physical space with their actions to create a digital composition – abstraction. With the duplication of movements, sounds and images, the coherence of actions is blurred and the field of unpredictability is highlighted. Unpredictability is a temporal category – it concerns the future, i.e. prediction. Indeterminacy/ randomness, however, is a broader principle, as it is not tied to time. Yes, in their jigsaw puzzle, they use randomness as the fundamental moment/lever. As we shall see, the result of randomness is not necessarily disorder, as many small randomnesses coalesce into patterns of one kind or another. Patterns are recognizable phenomena at the macro level. A cloud forms.

The two bodies work for their endless existence / future: they fill the multimedia bank so that the technological system can function as independently as possible – even after the bodies are gone. Both bodies are more and more embedded in the machine’s dynamics, to which they adapt – or oppose. The machine is the cloud. The cloud is a system. The system is – and it is not predictable.

The Cloud is a continuation of last year’s development of the random generative intermediate approach of the two authors with an emphasis on simultaneous physical presence and increasingly complex virtual/transmitted presence (1.5 +Asynchrony, 2021, Cirkulacija 2).

The result of parallel coincidences is not a mess, but a highly aestheticized image – a work of art. 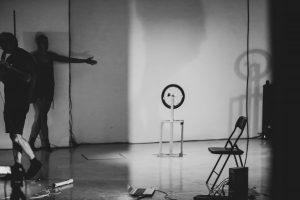 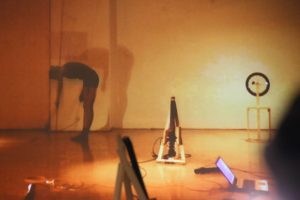 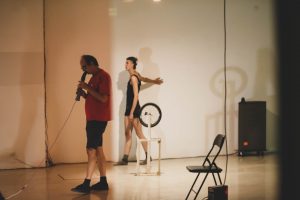 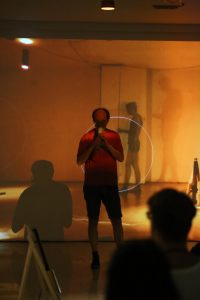 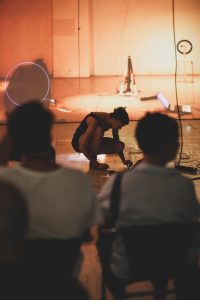 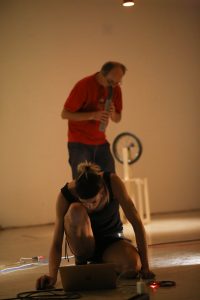 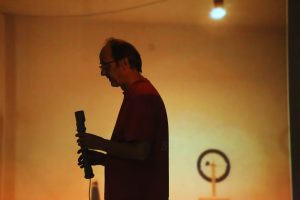 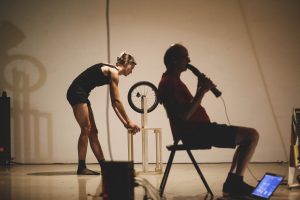 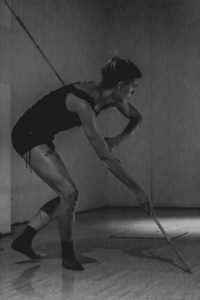 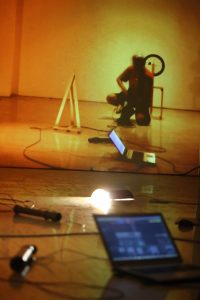 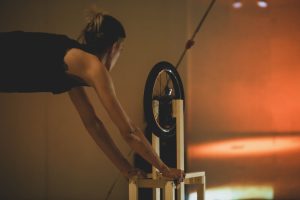 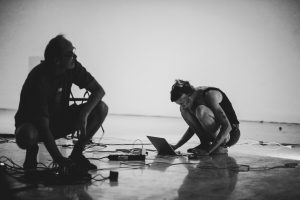 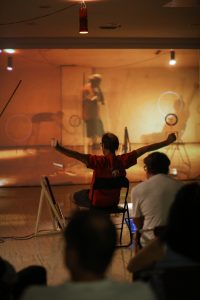 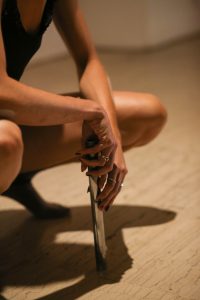 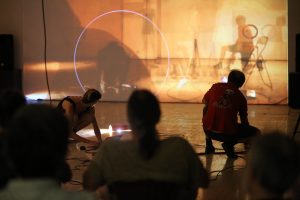 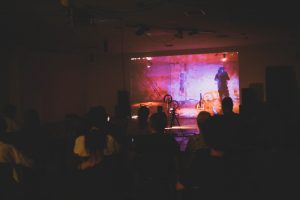 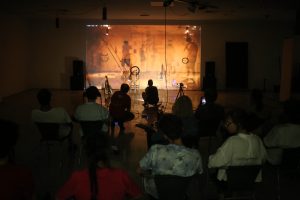 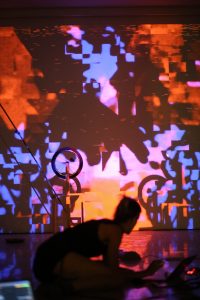 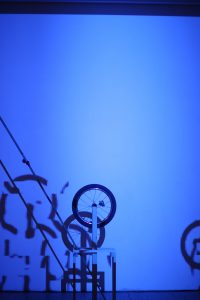