Audio–visual performance Passing : : Cirkulacija2 opens dialogue between concepts of social disintegration and questions about processes in the future.

Martina Jurak builds the performance through body movement, video projections and recorded sounds. With the relations between the three element she exposes current problematics of reducing access of broader community to public space. 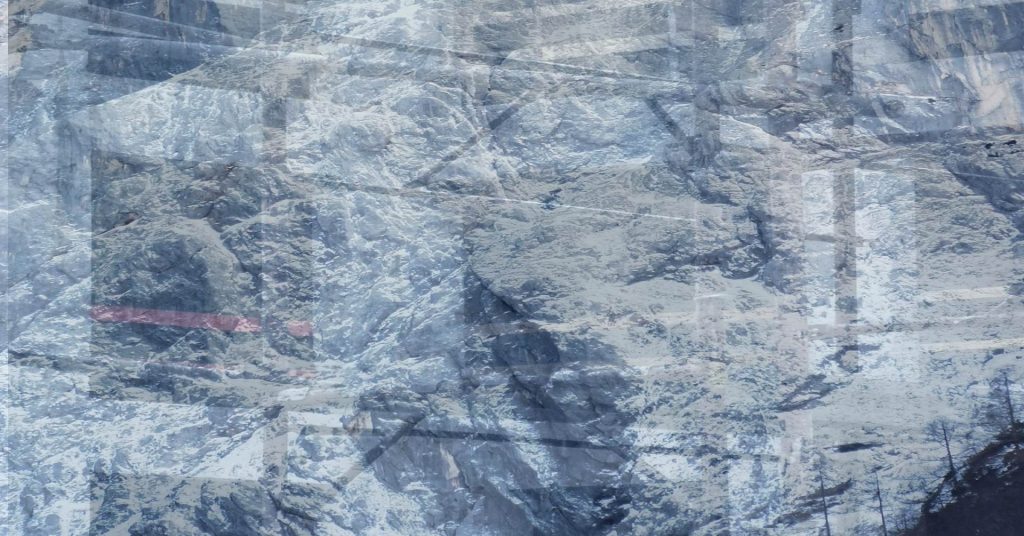 The process started in Berlin in 2020 when the restrictions and social desolation changed our lives. The lack of public events and cultural activities opened possibilities to observe the city and the parts of daily life which were still functioning: for a few months, the majority of the outdoor moving bodies were food delivery riders and construction workers.

The visibly operating part of the city became the focus of video recordings and inspiration for artist’s movement improvisations. Observing outdoor construction sites led to a composition of choreography based on Japanese contemporary dance butoh, intertwined with architectural elements.

The research continued in Ljubljana, where videos were shot inside the local building sites (Schellenburg, Center Rog, Tobačna).

These are places of the city’s transformation – the skeletons for becoming buildings. These will be accessible to inhabitants – according to their social status.

The accompanied sound was gathered with field recordings at the building sites, intertwined with electromagnetic sounds from Cirkulacija 2. It will be used as a live composition element via sensors responding to the movement.

The performance will start at 8 pm in front of the construction site Palais and Villa Schellenburg in Ljubljana’s city center:

We will travel below the ground to the Ajdovščina underpassage, moving into (Inter) [Beyond] disciplinary station Cirkulacija 2.

In the case of very bad weather the performance will start at the staircase into the underground of Cirkulacija 2!

As part of the spatial research a photo-zine “C” will be presented.

Martina Jurak (1991) is visual artist trained in contemporary dance – especially in Japanese butoh. She studied sculpture and painting at Academy of Fine Arts and Design in Ljubljana and moved to Berlin for music and movement research. She explores monumental spaces and designs moving images through performance, video and drawing.
https://mjurak.com/ 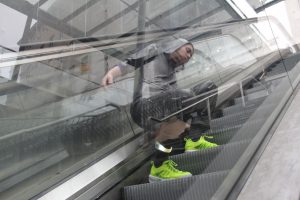 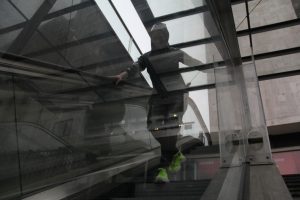 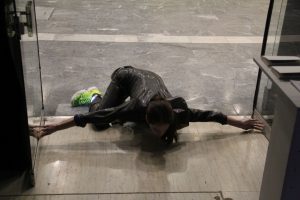 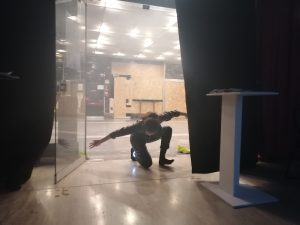 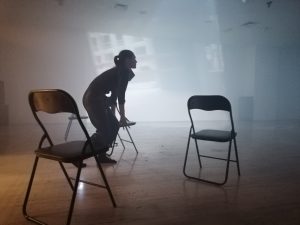 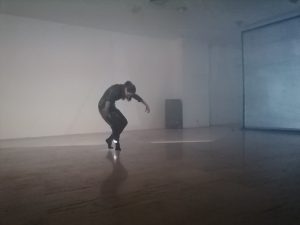 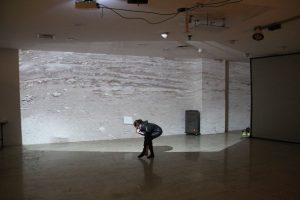 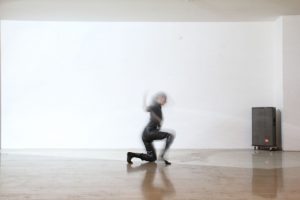 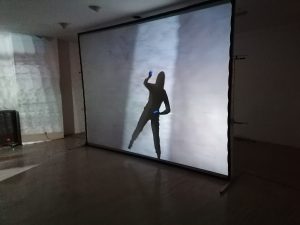 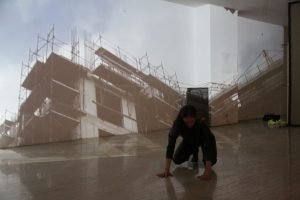 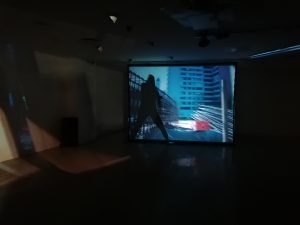 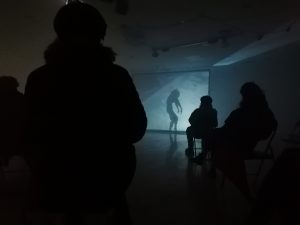 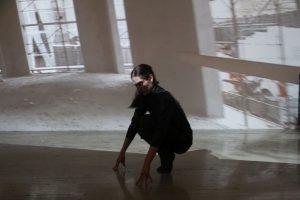 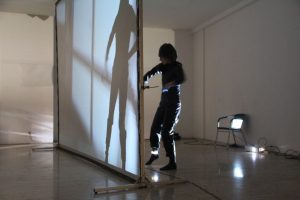 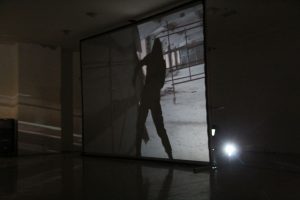 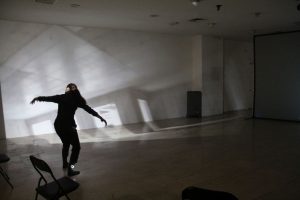 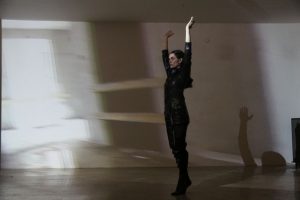 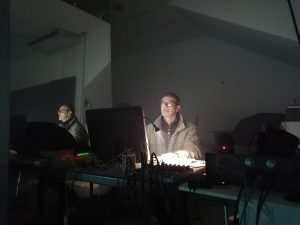