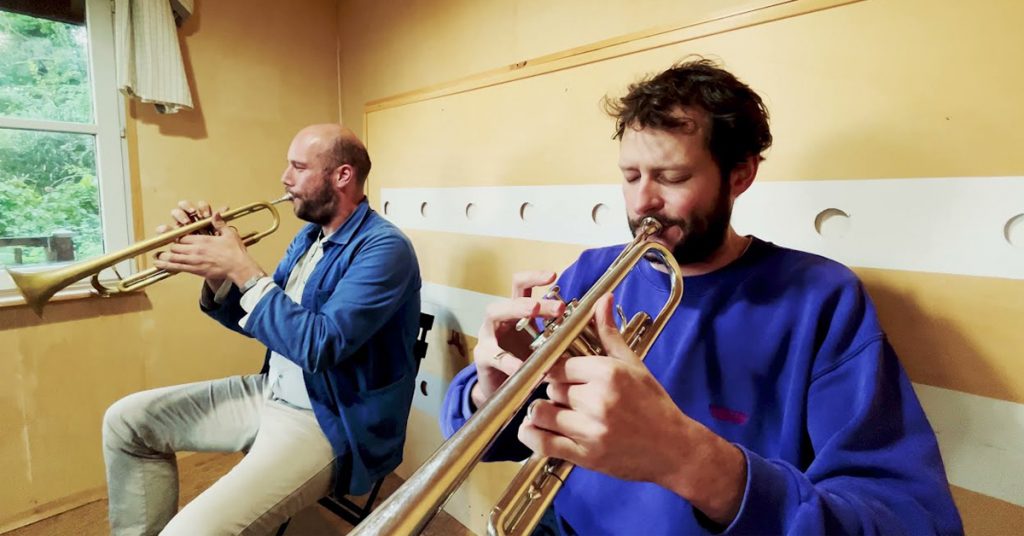 Trumpet duo Silvan Schmid and Timothée Quost creates music through improvisation and experimental composing with an imaginary concept that they develop together. They are currently working on a recording project and this is to be their first tour – also at Cirkulacija 2. 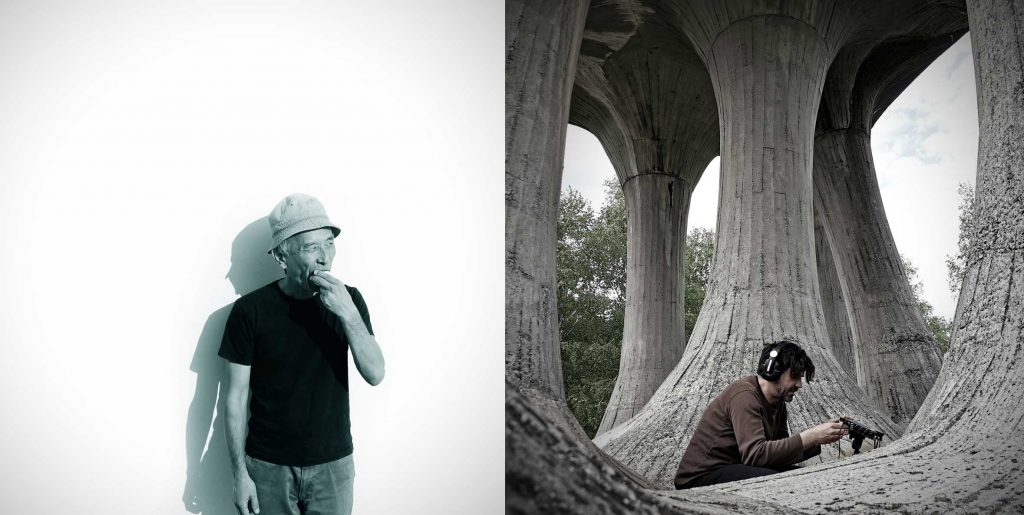 Seijiro Murayama is quite a frequent guest at local venues and residences. His usually extremely clean approach is based on attention to space and place, the energy of the audience – and the experience of silence (on different levels). Jernej Babnik Romaniuk will build his sound interventions with recordings of the same Seijiro Murayama – created this year in Ljubljana as part of Seijiro’s art residence. 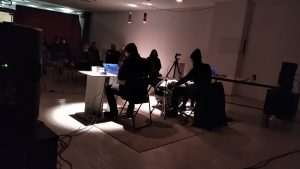 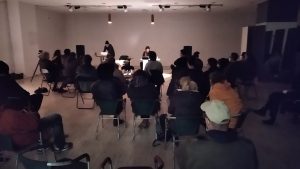 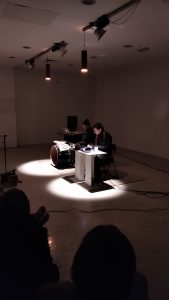 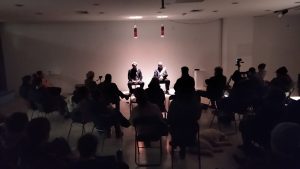 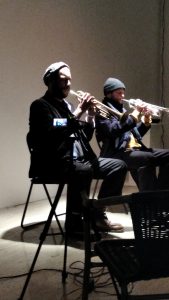 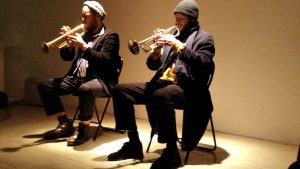 Silvan Schmid is a trumpet player based in Switzerland and the Netherlands. He plays live and does recordings with people and projects such as Solo, Gamut Kollektiv, Alex Riva, Lotus Eddé Khouri, Elio Amberg, Félicie Bazelaire, Tom Wheatley, Timothée Quost, Marina Tantanozi, Bertrand Denzler, Hum, Eddie Prévost and Hans Kennel. He released a quintet album on Hat Hut Records in 2018, followed by the solo album „Augmented Space” in March 2021.

He is a member of the Gamut Kollektiv, whose purpose is to explore, to seek and to set new things in motion. The collective serves as a fruitful breeding ground for ideas, experiments and new processes. In addition to the annual Gamut Festival, they run the label Edition Gamut and organize different concert series in Zurich.
His website: http://www.silvanschmid.ch

Improvisor, composer, trumpet player, Timothée Quost is a young French musician walking along the borders of different musical practices. He first trained in classical music then in jazz, from which he will obtain a master’s degree from the Conservatoire de Paris. He will share the stage with musicians such as Joachim Kuhn, Olivier Py, Riccardo del Fra or the National Jazz Orchestra or the bigband umlaut. Very quickly Timothée Quost showed interest in free improvisation and will develop a personal approach of his instrument by boosting / intensifying it with a specific amplification device.

Beginning his research in the duo Astragales (formed with the electroacoustician, botanist, sound designer Pierre Juillard) he will develop his research in groups such as the quintet Franco-Belgian ESCARGOT (one album, DART LOVE, on the Creative Sources label), or the QUAM trio! (an album on the English label Raw Tonk). Timothée will record his first album solo in Copenhagen, a time during which he will meet on stage musicians such as Lotte Anker, Michael Zerang
and Barry Guy. This first solo album, “Before Zero Crossing“, will be created on the Danish label Gotta Let It Out and will be the subject of an European tour. It is during that tour that duets with musicians such as French saxophonists Michel Doneda and Jean-Luc Guionnet, Czech trombonists Stepan Janousek and Jan Jirucha or the Slovenian drummer Jaka Berger will arise.

Together with his instrumental activities Quost develops a work of music composition of his own. Starting with a profound questioning of aesthetic compartimentalisation, he will compose for several years for his own groups such as the QUOSTET sextet (two self-produced discs, 1st prize at the Jazz springboard in Vannes), the OCTOPULSE group (a self-produced album) or the Matterhorn project cycle. He continuously gathers musicians from various universes around written pieces of music.

Percussionist Seijiro Murayama was born in 1957 in Nagasaki, Japan. In 1972 he started performing improvised music under the influence of Vinko Globokar and musicologist Fumi Koizumi. When he moved to Paris in 1999, he began fruitful collaborations in the fields of contemporary dance, theater and performance. Partnerships have emerged with musicians such as Michel Doneda, Jean-Luc Guionnet, Éric Cordier, Lionel Marchetti and Mattin – among many others. After more than a decade of living in Europe, he moved back to Japan in 2013, and has been returning to Europe occasionally since. His artistic principle is to insist on the idea of ​​plural or interdisciplinary relationships between music and other artistic disciplines: dance, video, painting, photography, literature, etc., so he collaborates with many musicians, composers and sound artists. Improvisation is always at the forefront for him, even if it is not his artistic goal. His approach is based on attention to space and place, the energy of the audience, and the quality and experience of silence on various levels.
More at https://urojiise.wixsite.com/seijiromurayama

Jernej Babnik Romaniuk (1975) is dedicated to creative approach – visual or graphic. To this he soon added love of (unusual) music and everything that revolves around music and graphic design. He has combined both disciplines in sound processing, which he has been devoting most attention in the last decade. He focuses primarily on recording and post-production of free improvised, unconventional music and documentary-field recordings, as it is here that he has found an inexhaustible source that constantly inspires and forces him to discover new, fresh approaches to sound recording and processing. music to future listeners.

Coproduction: Cirkulacija 2 in Nataša Serec, self-employed in the field of culture