When the sound from the dark forest almost start to become as one; when the roars and chirps almost become words; and when meaning could emerge- the time for innocence is over –  it is time for a new subject.

Karl Heinz Jeron – Somebody Did Something Then The People Came

An absurd enactment with a singing wooden giraffe and social media content. 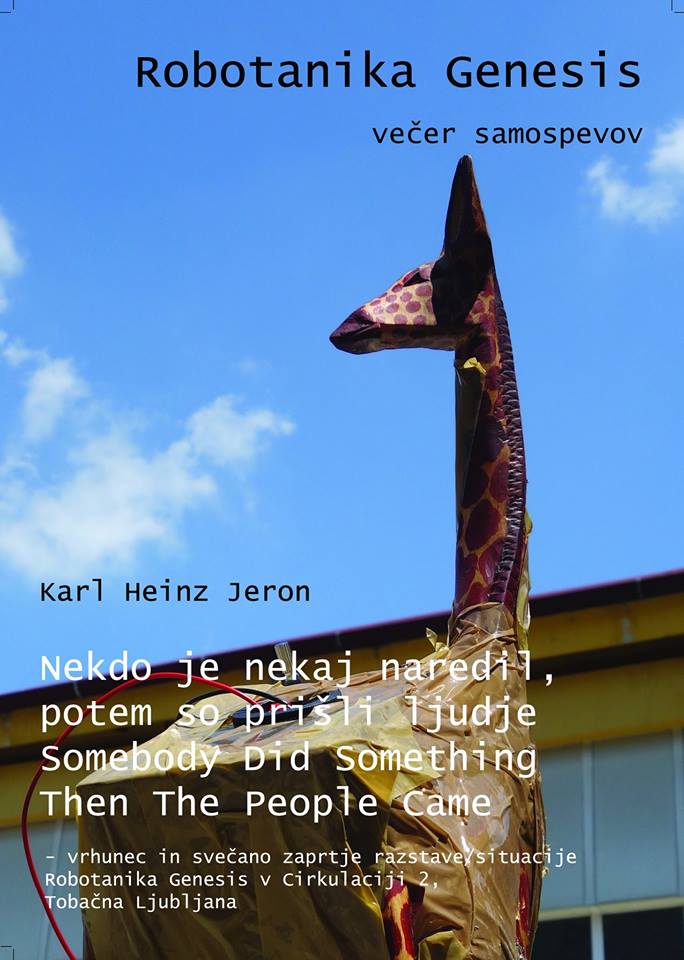 The giraffe sings comments from social network platforms, hinting at the role of the comment-function on Twitter, Facebook, Google & Co. in identity construction. Only comments tagged with #me have been used. This enactment is a taphole in social media.

Printed QR codes link to sound files to be played back by the audience.

Torn between individuation and integration the giraffe tries to escape in an awkward way, but gets stuck.

Karl Heinz Jeron (DE/ Berlin) approaches the (artificial) intelligence with intelligence and humor. The intelligence is part of the processes / mechanisms – of machine and of biologic systems. At this event he grabs pieces from human dynamics of the social media. His approaches are always simplistic and come from the point of the processes and mechanisms – the humor is reserved for the human preconceptions of the “human-like machine”. So: the giraffe has to become a human. 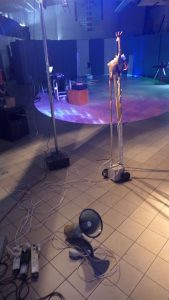 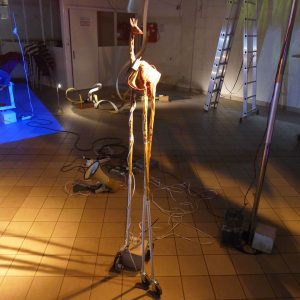 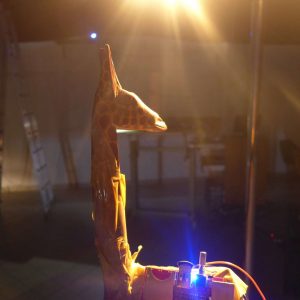 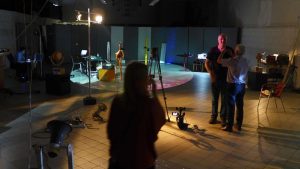 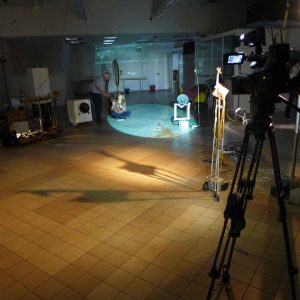 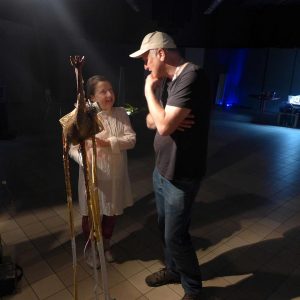 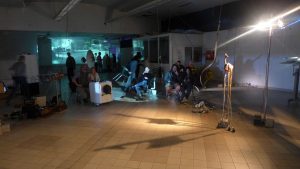 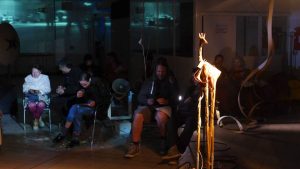 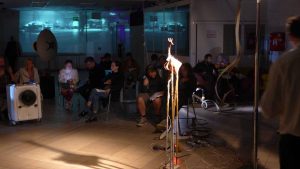 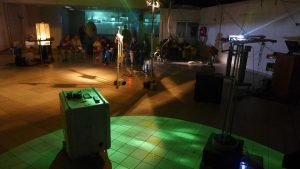 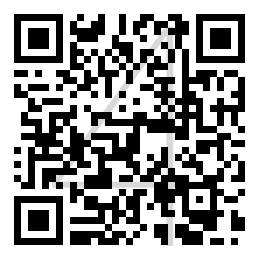