You are invited to the premiere and post-premiere of the performance “Razgaljeno | Bare” by Urška Preis & Kaja Janjić – on Friday, June 28th, and on Saturday, June 29, 2019 at 21.00 in Cirkulacija 2 | Tobačna Ljubljana.

chaos of sound
no more
bruises
I take care
I’m talking to the wall
arrogance par excellence
the wheel turns, I look back
DON’T YOU TO ME ABOUT WHAT I LIKE
for references

Based on debut music album rouge-ah: bare by Urška Preis. 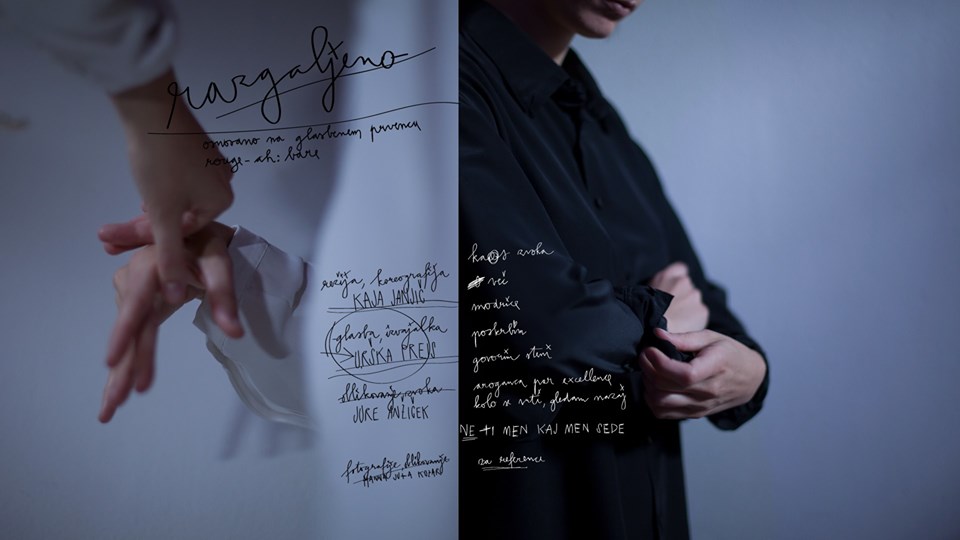 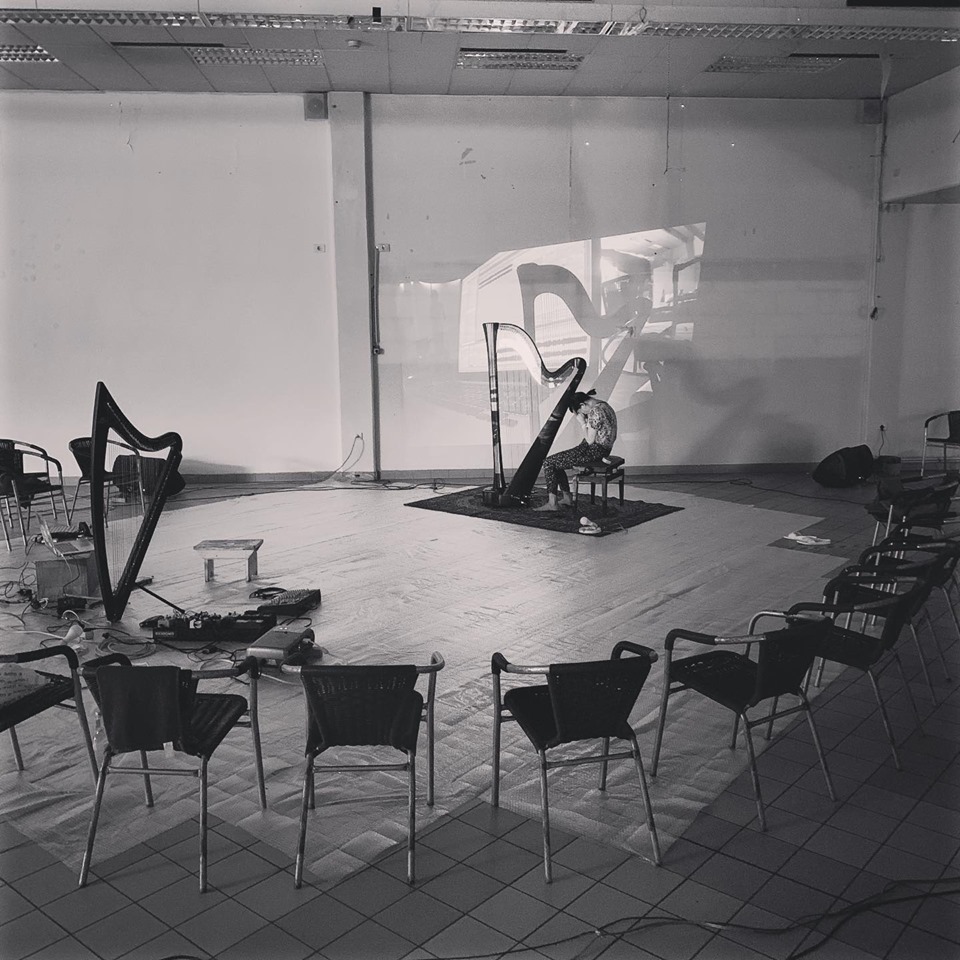 Urška Preis is a musician, harpist and visual artist born in Ljubljana. She studied at the Academy of Fine Arts and Design at the National Academy of Fine Arts and Design at the Listaháskóli Íslands academies in Reykjavik and Hochschule für Grafik und Buchkunst in Leipzig, and practiced in Aitor Throup studios in London and Atelier Hotel Pro Forma in Copenhagen. In 2017, she began to participate in the performance of Telling the Bees by Danish director Marie Braender, in which she performed in CCA Glasgow and Summerhall Edinburgh cultural centers in 2018. In 2017 and 2019 she exhibited at MSUM +, in 2017 in Cirkulacija 2, in 2019 at the Small Gallery of the Bank of Slovenia. She is currently finishing her master’s photography studies in Ljubljana, working in the radio editorial of Radio Študent, as well she is half of the II / III musical duo, creating a rouge-ah in solo and expanded combinations. Recently, Kamizdat released her debut album Bare. With the rouge-ah project she performed in Reykjavik, Copenhagen, Berlin, Leipzig, Bamberg and Halle, and in Slovenia she made her debut at the Sonica 2017 Festival. Luka Prinčič performed in Osmo/za as part of international radio transmission of the Art Birthday Day, and as soloist atthe Confine aperto cycle and the Rdeče zore and Deuje Babe festivals.

Kaja Janjić, as a dancer of contemporary dance and choreographer, started her professional career in 2006 with a successful study at SEAD – Salzburg Experimental Academy of Dance. Her work extends from dance to theater and cabaret, and she also works as a dance teacher. In 2006 she started her long-term cooperation with the famous “Canon and Body” with the famous dance-choreographic tandem Rosana Hribar and Gregor Lustek. In 2009, as a guest she participated with the international group En-Knap. That same year, with the play “Srh”, she began her second long-term cooperation with domestic and internationally acclaimed choreographer Matjaž Farič. In her desire for new stage experiences she responded to the invitation of Maruša Oblak in 2013, and with her she co-created the cabaret performance “The Three Fingers under the Bellybutton” of the Slovensko mladinsko gledališče, in which she also played. From 2012 to 2014 she participated in the project of the international network DCL – Dance Communication Lab (Dance Explorations Beyond Front @) under the choreographic direction of Robert Clark. In 2013 she and Matic Bobnar created her first authorial project – the duo “Pas de tea”. In 2016, she created the solo performance “Cianoza” within the framework of the festival Svetlobna gverila and the festival Ukrep. 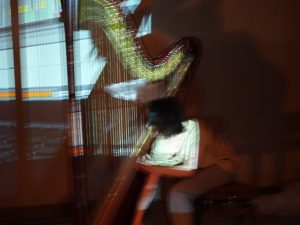 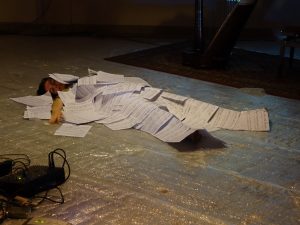 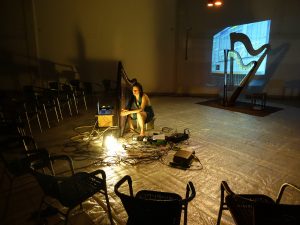 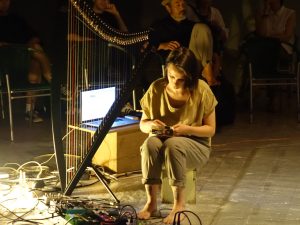 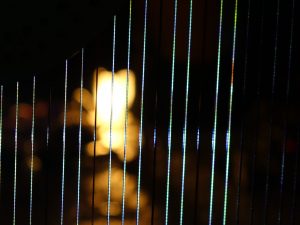 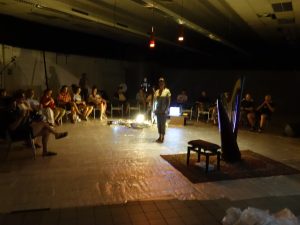 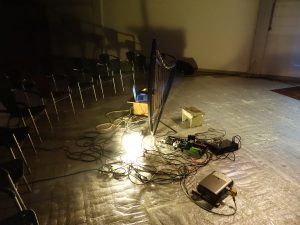 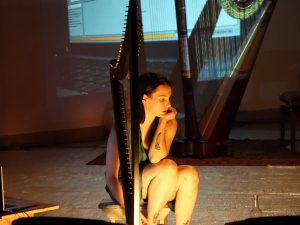 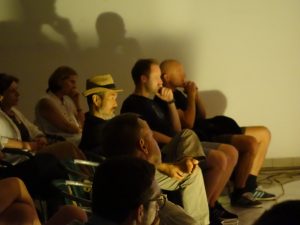 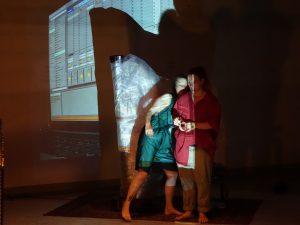 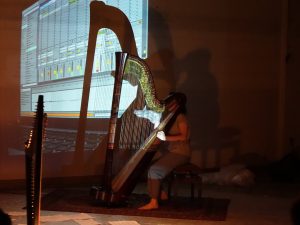 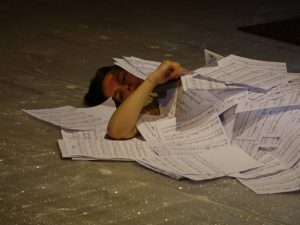 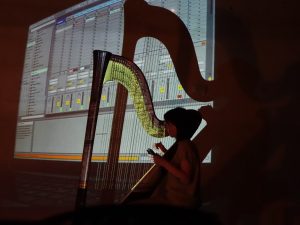 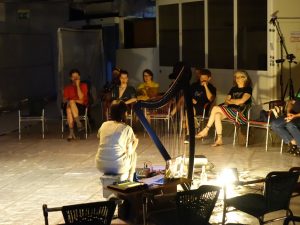 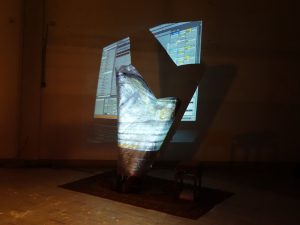 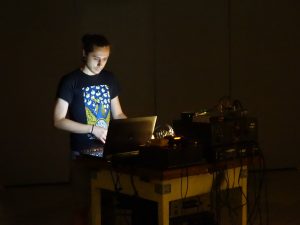 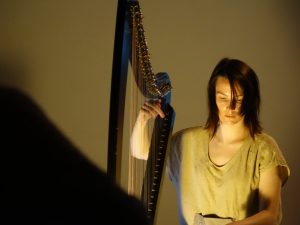 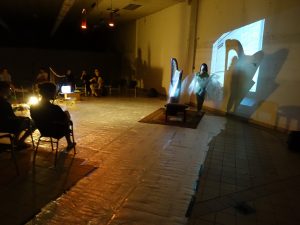