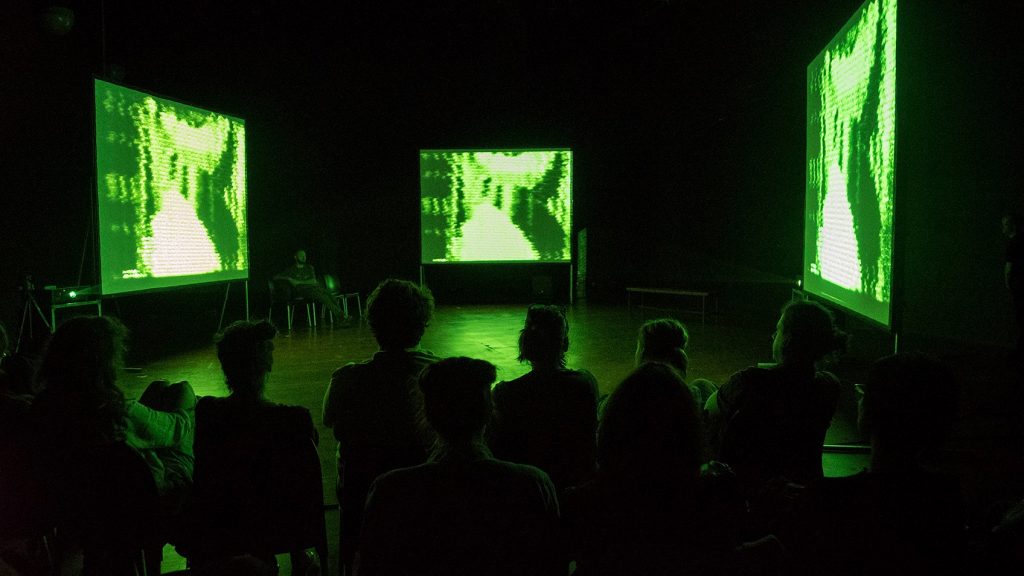 Taking as its central motif the Jacquard weaving loom as a predecessor of the contemporary computers, the performance Atlas of Tremors confronts live sung folk song with digital sound processing. The Jacquard weaving loom was a 19th-century technological advancement – a mechanical machine whose weaving patterns were programmed by means of punched cards, an instrument that would shape both the industrial age and the development of computers in modern times. Starting from a selection of songs composed and sung first by the handloom linen weavers and later by the textile mill workers, Atlas of Tremors reflects the transformations of labour and the local communities as a result of transitions in textile industry: from a handcraft to the industrial age factories, gradually closing down across Europe in our own age.

Preformance is part of cultural happening CORNERS Triangle, held in Ljubljana from 7.6. to 18.6.2016.