From 26th January to 8th February 2023 in Cirkulaciji 2, Ajdovščina subway Ljubljana – in the afternoons – with potential to develop into ecstatic evening = participatory art:

Participatory art event “Pompom Nets – Ljubljana” will be held at Cirkulacija2 everyday from 26th January to 7th February. The participatory events hours are daily from 16:00 to 19:00. On Prešernov Day, 8th February, the accumulated participatory work will be presented as a site-specific installation.

Thousands of acrylic pompoms, fishing line, needles, and energy of the participants are awaiting the additional participants to join us in building a large site-specific installation “Pompom Nets – Ljubljana.” The participatory events hours are daily from 16:00 to 19:00. Events organized around the project are developing daily, and all are public. During the events, the participatory work continues, making the whole space as an interconnected workshop. Except for the events already listed above, additional poetry readings, performances and other events will be added to the project and announced as soon as confirmed.

26.01. From 16:00 to 19:00 – Pompom Nets – Ljubljana – making, the migrants and refugees, together with the activists of Infokolpa will join us.
https://www.facebook.com/infokolpa

31.01. From 17:00 to 19:00 – Rawley Grau, best known as a translator from Slovenian into English, will read from his and Christina E. Kramer recent translations of Aco Šopov poems.
https://www.asymptotejournal.com/poetry/reader-of-the-ashes-aco-sopov/?fbclid=IwAR2hLLf_bSdPVNnKLxb8VyvPNMF3G2za3XGZpyZiP8UUAlL_OMGCvM7-JxY 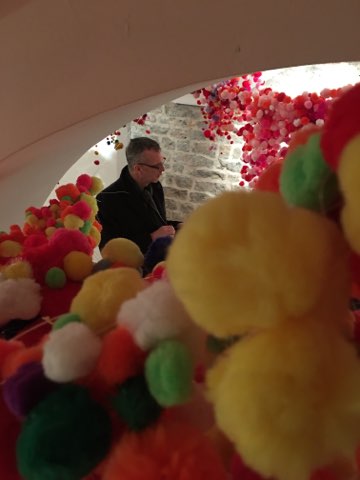 “Pompom Nets” is an ongoing participatory art research project. The issue of the research is a relational experiment, which allows the aesthetics of uncertainty. The project creates temporary installations and new ways of being associated.

The participation is a true collaboration in which everybody can become a co-researcher, or as another French philosopher, Jacques Rancière, suggests, an “activated spectator.” There is no privileged medium as there is no privileged starting point. Rancière implies that the politics of participation might best lie in putting to work the idea that we are all equally capable of inventing our own translations. Unattached to a privileged artistic medium, this principle doesn’t divide collaborators into active and passive, capable and incapable, but instead invite us all to appropriate the research for ourselves. Participatory art opens the minds up to a new ways of interaction and leaves the participants with new perceptions of the World. 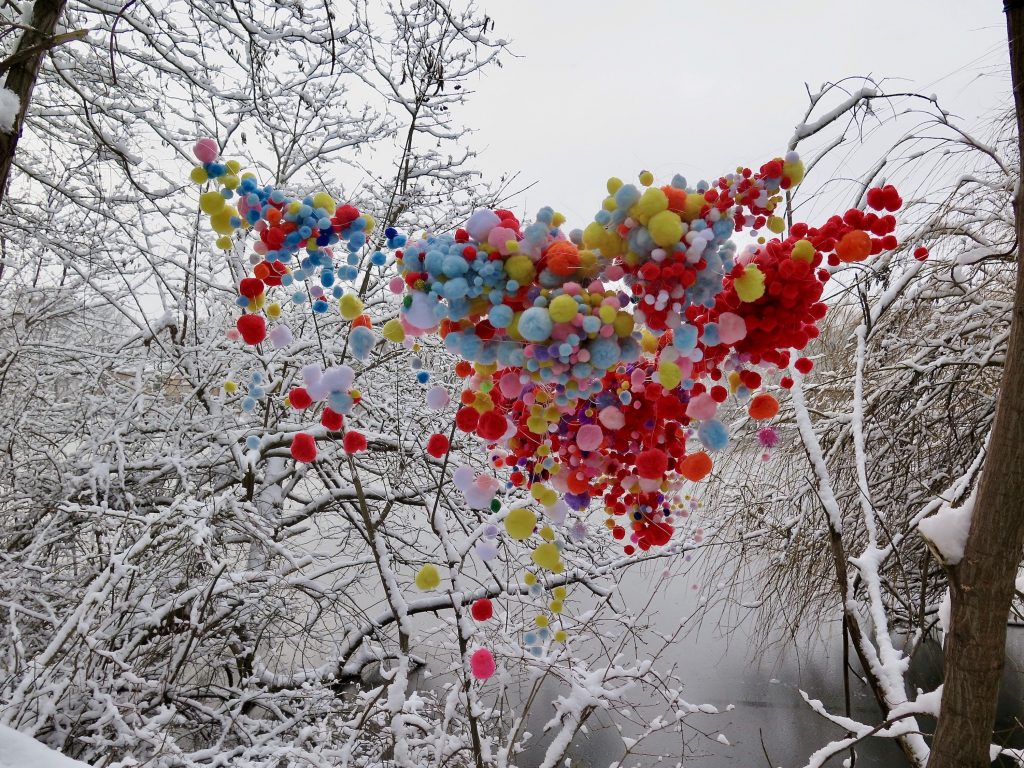 Each station of this project brings something new to the project, which means I am open to challenges and new approaches. Each time I make this project I have several starting points and lots of unknowns, which is why I continue building the project.

The major first step of the every new situation of this project is to find ways to build and engage a diverse, local public. Right from the start, the project has attracted the involvement of many individuals, initiatives and institutions, and what I have learned throughout the process is that a community develops from working together in ways that transcend the limits of any one discipline or a desire. In this way, the research and practice of the project embodies the very notion of, as proposed by Bruno Latour, a “collective experiment,” which allows and thrives on the uncertainty. The project is constantly modified by what is learned from different experiments, while searching to produce and share the common knowledge.

The starting point has a few requirements: 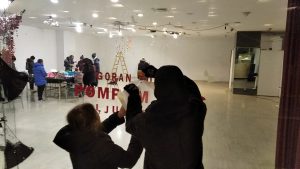 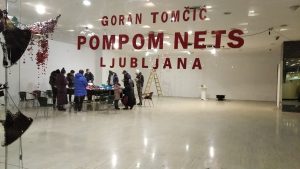 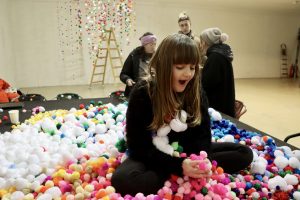 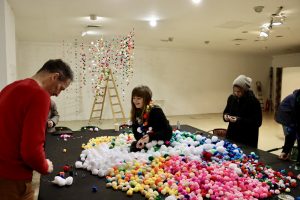 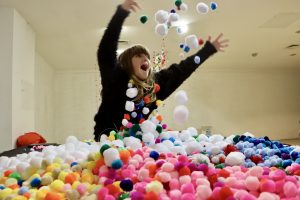 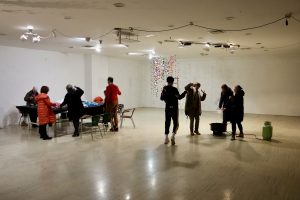 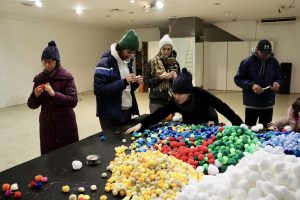 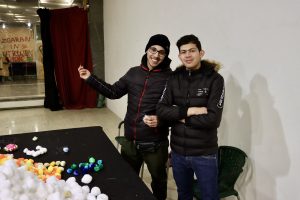 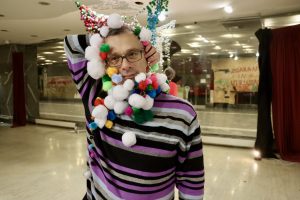 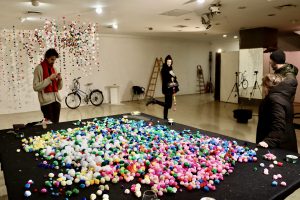 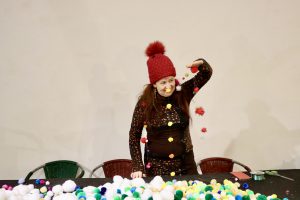 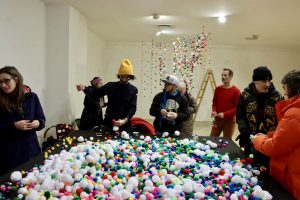 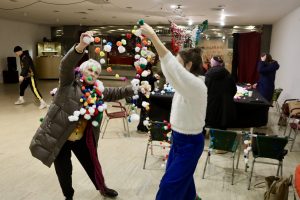 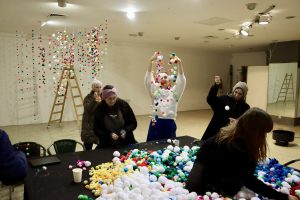 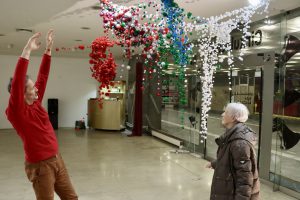 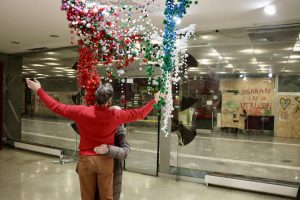 Correction: because of heavy weather forecast the opening of photosonic installation will be on friday, 20th January 2023 at 19.00 /in Cirkulacija 2 | underpass Ajdovščina Ljubljana/

The exhibition questions the meaning of the material remains of the past eras, obscure technologies from the past and the process of nature returning to areas that have been changed by humans in the past with the help of technology. The atmospheric light and sound installation provides a unique sensory experience and acquaints the visitor with the obscure technical heritage of defensive structures in the abandoned and overgrown area of the Treaty of  Rapallo border.

The visitor enters the darkened space with special photophonic lamps that emit sound waves with the use of light, thereby changing the audio-visual narrative.

This is the transfer of the exhibition that was on display in November 2022 at the artKIT exhibition center in Maribor. Production of KIC Kibla.

Photo-sound installation will be open until 25th January 2023. 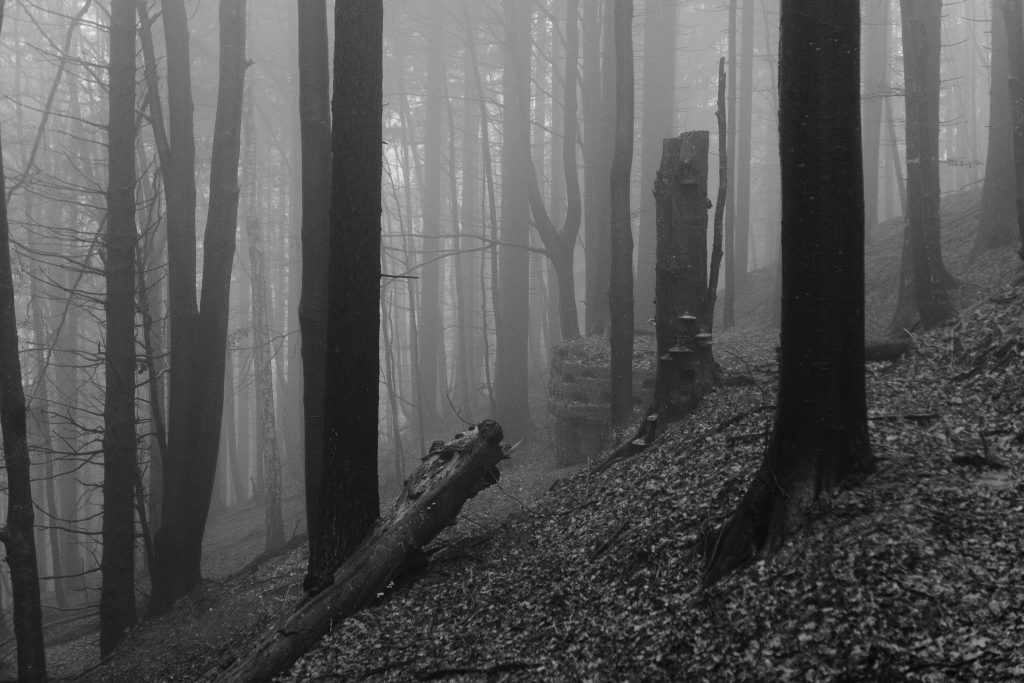 P L A T E AU R E S I D U E (Slovenian: Ostanek Planote) is the imaginary identity of the award-winning duo Aljaž Celarc (B.Sc. Geography [Faculty of Arts] and M.Sc. Photography [AKV St. Joost, NL]) and Eva Pavlič Seifert (B.Sc. Art .history [Faculty of Arts] and M.A. Visual Culture [Aalto University, FI]). In their works, they deal with landscape ecology and new media and seek new ways of raising public awareness. The starting point of their artistic production is video installations. In their works, they give voice to the project participants and collaborators, natural forms such as rocks, air, organisms and other aggregates of matter, which they reorganize into new unusual forms and new media systems. The tandem lives and works in Novi Kot, in the hinterland of the Goteniška gora and Snežnik forests.

Almost in parallel at the Small gallery of Cankarjeva dom -> from 18. january to 19. march 2023 – exhibition by the same authors -> P L A T E AU R E S I D U E: Terra Ignota
https://www.cd-cc.si/en/culture/exhibitions/plateauresidue-terra-ignota 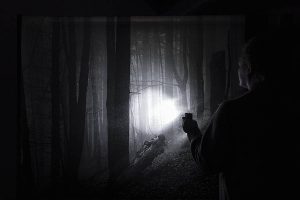 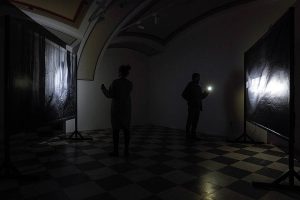