Last year’s visual dialogue 1.5 + Instruments (Športna dvorana Tabor, 2021), Liza Šimenc and Tatiana Kocmur created an atypical image of two bodies that want to relate within the restrictions of Covid. A very different way of communicating, which was established at that time, led to their reflection on merging the real with the imaginary. Taking measures to contain the epidemic led to the distortion of bodies, which communicate in a limited physical space with the help of body extensions.

Living Fossil is a continuation of their visual-movement response to the topic. This time, they use the drawings created at last year’s event as a map to create a landscape where they co-exist.

Traces of the previous state remain. New and old knowledge is merging together. Moving through a determined space by discovering / sensing / exploring / being aware of the previous. The consequences of the simultaneous influence of human on the landscape and vice versa is transforming both. Cohabitation is marked – a physical memory remains.

Tatiana Kocmur (1992) is a visual artist who lives and works in Slovenia. In her practice she works at the transition between visual and performance art. She collaborates a lot with artists of different generations and fields. She organize, produce and curates exhibitions (Cirkulacija 2, creative apartment PRMEJDUŠ, Zelenica Gallery), and is the co-founder of the platform TRANSLACIJA/TRASLACIÓN. In 2015, she graduated as a painter at the Academy of Fine Arts and Design in Ljubljana. In 2020, she completed her postgraduate studies in painting at the same institution with a master’s thesis on Body installation – between performance and object. Since 2013, she has participated in various solo and group exhibitions in Slovenia and abroad. In 2021, she received a working scholarship from the Ministry of Culture of the Republic of Slovenia. 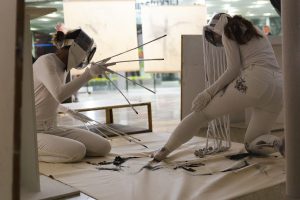 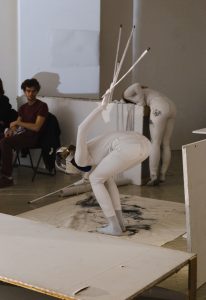 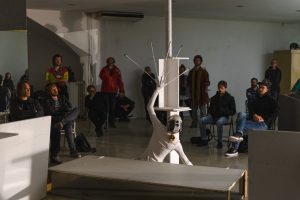 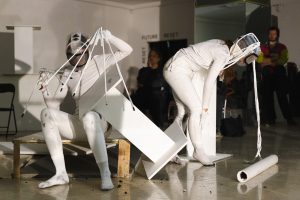 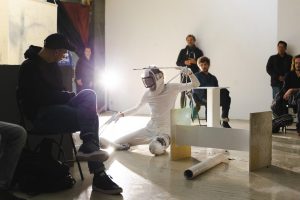 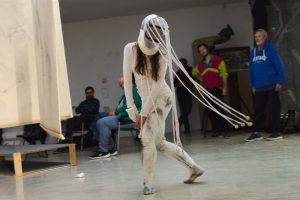 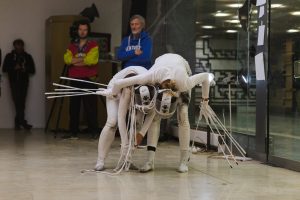