Sagra is a multisensory experience: a three-day festivity at Cirkulacija 2 | Tobačna Ljubljana running under a common denominator: antinomy – incompatibility – dissonance/harmony. Sagra is in Italy a traditional festivity to celebrate the moments of communion between mankind and the sacred world. In ancient history, the designated venues for these events were usually churches and temples. The location choice – the former industrial building that hosts Cirkulacija 2 – anticipates the renewed symbolics of the project. 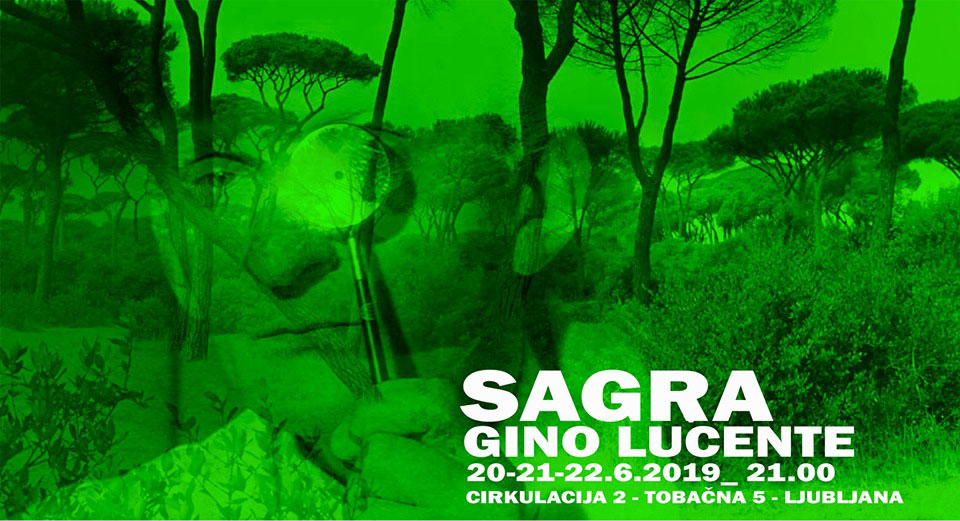 – Friday, 21st June 2019 at 21.00: projection of the video “Sagra” (It. “Celebration”), found footage – Italian Comedy movies, with live score by Gino Lucente (electric guitar and loop station). Video editing by the artist and Jennifer Keber. In addition, we said: “Gino, play some more for us” – and he played…

On three diverse occasions of media  (sound storytelling, film storytelling and the third – his own story of aesthetic references) Gino Lucente will explore sinchronicity, consonance, literal meanings  in such a way to superposition their antinomies (non-compatibles): asinchronicities, dissonances and metaphorics  –and bring in additional dimensions – expanding the fields of imagination with the listener/ viewer – and with the performers. 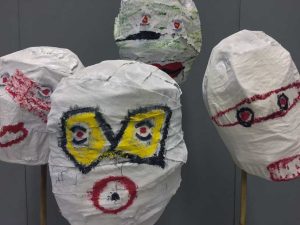 Female choir “Za srce mo” | “For my heart” / Resia tradition
Valentina Praprotnik, Mateja Mavri, Simona Tomažič, Zvonka T Simčič
Two former members of group Uluru (Valentina and Zvonka) and two members of female choir Kombinat (Mateja and Simona) are leaning heavily on folk tradition of Resia valley. For four years Zvonka was learning and singing with Silvana Paletti – whom they see as “shaman” from Resia. Silvana is not just singer of folk songs but also a transmitter of the distant proximity of something that we do not live anymore – but can only visit/ approach it.

We are proud to present the live shamanic presence of Rezia. 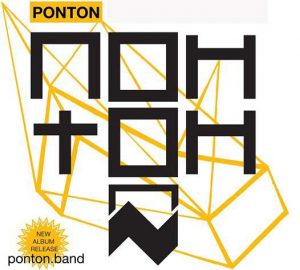 PonTon
(el. guitar, el. bass) is from Belgrade, Serbia and they are soundscape storytellers since 2008. The duo is blend of electro-acoustic ambient and noise, experiment and improvisation with frequent use of field recordings. Themes are floating into misty and moody atmosphere like a soundtrack of listeners’ daydreaming private movie.

Some works you can check -> https://soundcloud.com/pontonband

PonTon will be joined by Marko Batista.

Details on the three approaches:

Performance with a traditional folk band/ choir.
There is an apparent antagonism between folk music with it’s typical melodies and harmonies and the dissonant electric-noise notes produced by my guitar. This antinomy doesn’t necessarily have to find a point of suspension nor an easy interpretation of the composite redundancy. Quite the contrary, it is in front of this incompatibility that the material becomes interesting. The performance’s objective is to focus the attention on the differences and the similarities between cultures and the potential dialogue-oriented composition based on improvisation.

found footage – Italian Comedy movies, with the score by Gino Lucente. Video editing by the artist and Jennifer Keber.
For the French critic Michael Chion there are two ways music can create a special emotion in relation with what is represented in a film. In the first case music directly expresses an emotional participation to the scene; in the second one, it displays an evident indifference to the situation, coming across as something equal, bold and inevitable. It’s on the background of this indifference that the action takes place. The effect is not to freeze the emotion but to reinforce it by inscribing it in a cosmic context. Images are strongly influenced by sound, and it’s here that the extra diegetic helps to turn a dramatic gesture into something different. The video found footage is made and presented by editing pre-existing scenes from Italian comedy films. It is substantially a multi-screen video installation supported by a live music commentary. The objective here is to create a third level of perception by highlighting the contrast between comedy (video) and drama (sound).

DJ set and visual by Gino Lucente. “Finalmente soli” (It. “Alone At Least”), video created in collaboration with Filippo Parodi and Alessandro Di Giampietro.
Intercepting the recent trend on social networks to create and share videos in lip-sync, through special apps, the artist starts from a series of amateur videos and to create a mosaic of the post-digital society. Each piece appears the same in that, which, despite being a choral composition, it turns out to be a single, repeated action, camouflaged in an apparatus that again takes on an almost decorative function for a visual distortion. This time contrasting silence with images, Lucente orchestrates mute figures performing a set of “solos” in front of the lens, at the rhythm of the tracks chosen for the DJ set. Recalling, one could say, “The Rite of Spring” by the Russian composer Stravinsky, the dance recovers its ritual and propitiatory function, giving back through the rapture of ecstasy and the shared catharsis, the warmth and intensity of ‘real’ human relationships within a non-pre-determined but voluntarily chosen community. 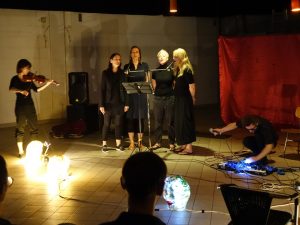 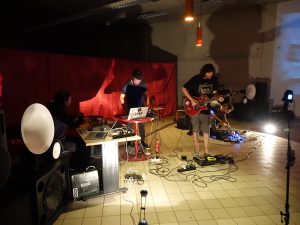 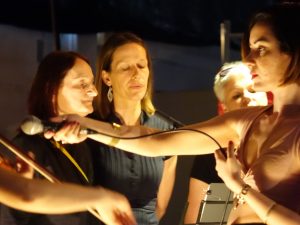 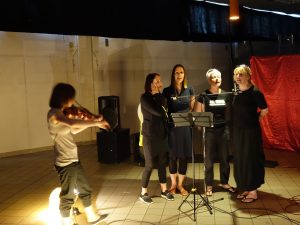 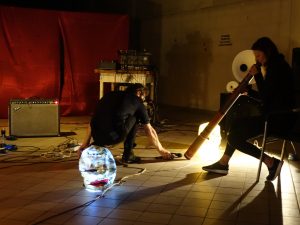 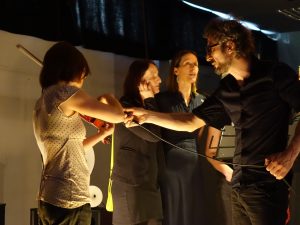 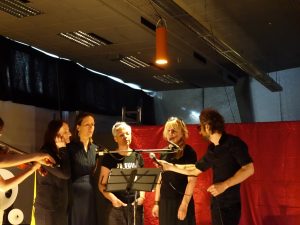 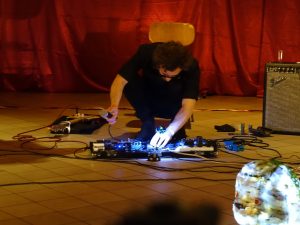 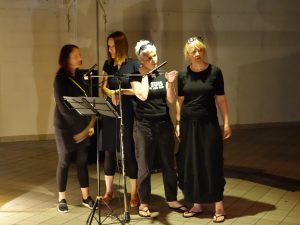 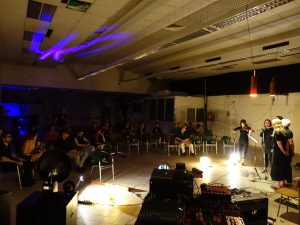 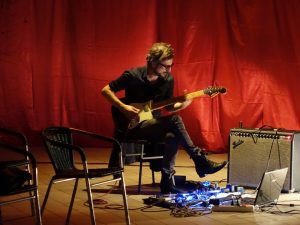 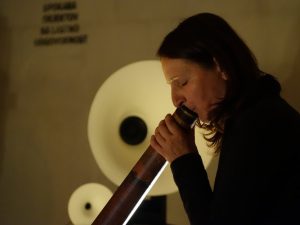 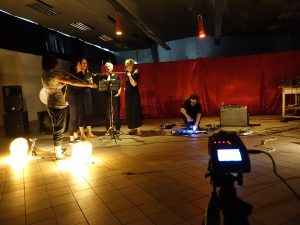