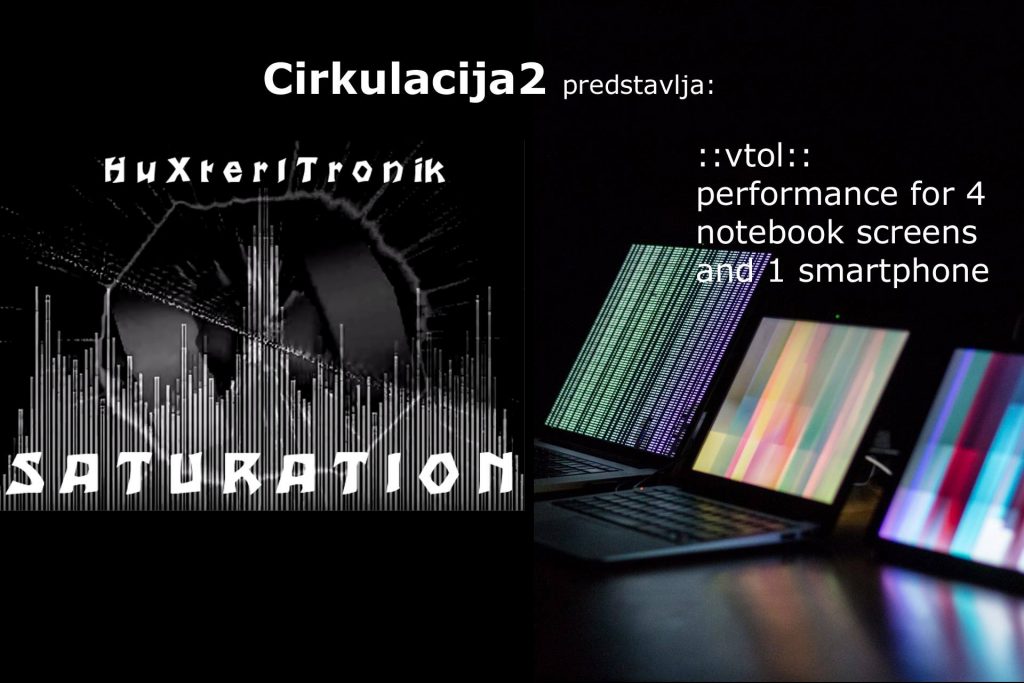 HuxterlTronic is unknowingly known, in his variety constantly escaping Dani Bedrač, based in Celje/ Slovenia.

::vtol:: is Dmitry Morozov, a Moscow based artist / these days in residency with Ljudmila and Atol / with participation of Rampa Lab. Performance for 4 notebooks and a smart phone. 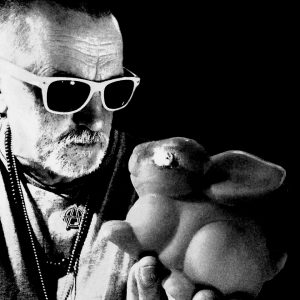 HuXterlTronik (Dani Bedrač) is a poet, songwriter and electronic music performer. He has published more than ten albums with his own music, based on so called psychedelic concepts, mixed with folk, rock, electronica, etc.In past few years he has been working with vintage physical modeling analog synthesizers and sequencers (Yamaha AN200, Korg Electribe ER1, Quasimidi Rave-O-Lution …), using their factory presets, patches and samples as a ready-made music materials, combined with minimalistic and distorted video sequences. Nowadays he discovers some new possibities within noise, industrial, and ambient music.

His new performances SATURATION / NON MUSIC are based on somehow new approach to noise and ambient, combined with minimalistic and distorted video projections.
video: SATURATION 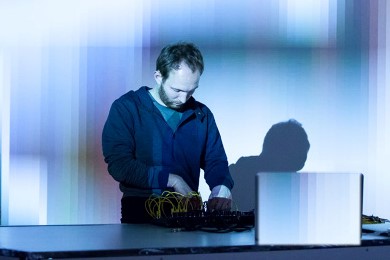 ::vtol:: is the alias of a Moscow based media artist Dmitry Morozov (b. 1986, Moscow). He focuses on technology art: robotics, sound art and engineer of strange-sounding mechanisms. He implements his ideas in technological art: robotics, sound art, science art. In the beginig of the millennium Dmitry started actively using his DIY and circuit-bent instruments for his own music projects, as well as making instruments for other musicians and media artists. Besides making music and instruments, Dmitry creates audiovisual art installations and promotes circuit bending and DIY electronics through lectures and workshops.