For 2014 projects we used the following systems: 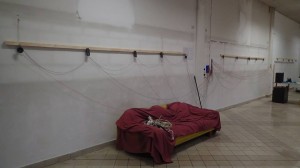 – 15 pins on arduino UNO used with  transistor switches to open one of 15 relays. Relays’ output switches connected to power amplifier to switch on the selected loudspeaker (we decided to switch on only one loudspeaker at any moment – to not to overload the amplifier).

– two-axis coordinate system to position the loudspeaker in any direction 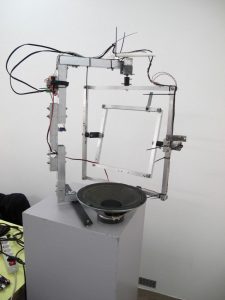 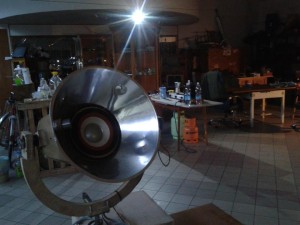 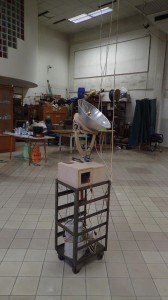 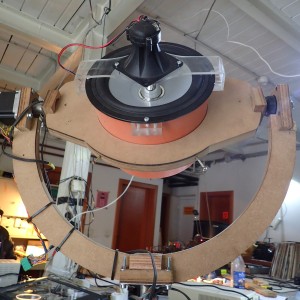 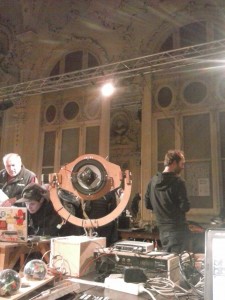 There were some other projects made for occasi0n of SpaceOfTime festival (walking bass, plexi bass) and some of the Stefan’s moving platforms used (noiseBot). 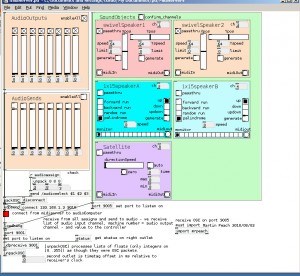 The combined system of sound sources and midi-control data was able to run with Pure Data implementation of a MIDI client-server system devised by Borut Savski. 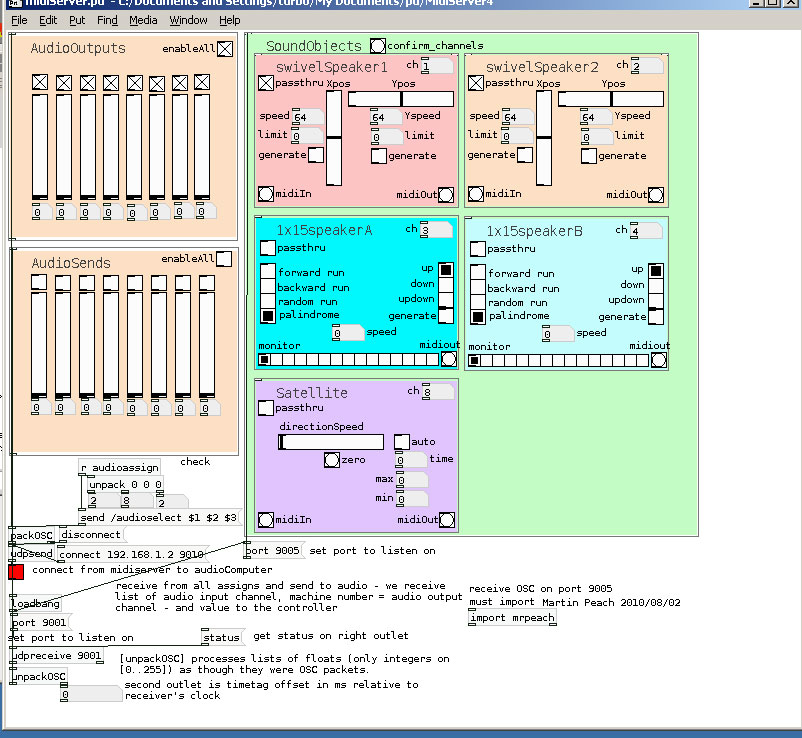