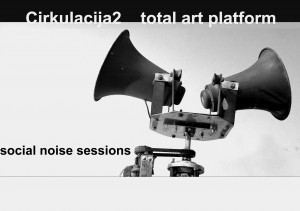 Internet connection in the galleray is available. On monday we will connect to Radio Student Ljubljana directly. We can “stream” some sequential photos quite often.