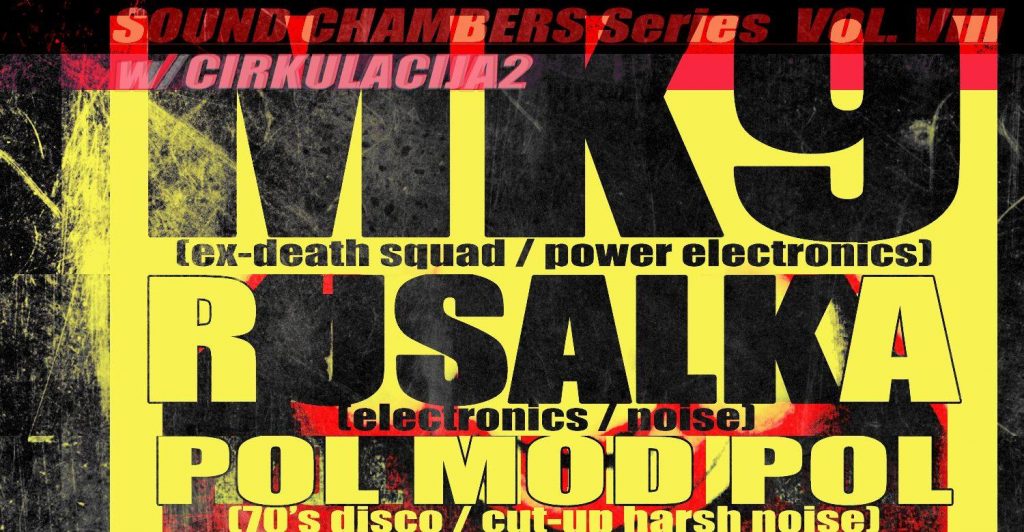 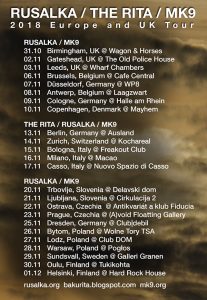 MK9
Sound and visual therapy project by Michael Nine that began in the latter half of 2001, before that with the controversial and confrontational performances as the renowned Death Squad. Originally from San Francisco, California he now resides in Vancouver, Canada. This ongoing project seeks to understand the irrational nature, behavior and motivation of the human species. Performances include pre-constructed sound, video and live frequencies. Video, voice, sound and handouts. Attempting to continually offer insights and investigate society and our place on this planet.

Rusalka
is Kate Rissiek – artist based in Vancouver Canada is performing under the name Rusalka since 2007. Employing theremin and other electronics, Rusalka achieves visceral and, at times, abrasive sounds in her exploration of subconscious states and the dark recesses of human nature. A struggle between filth and transcendence occurs which stirs together crude electronics and an ethereal electromagnetic grasp for emergence. Her recent work often features subtle, yet profound, shifts in mood, timbre, and focus demonstrating a fervent refusal to clearly delineate between introspection and observation.