Cirkulacija 2 is glad to announce the coming of spring & the second performance in ZVO.ČI.TI so.und.ing DUO 2018 series with: 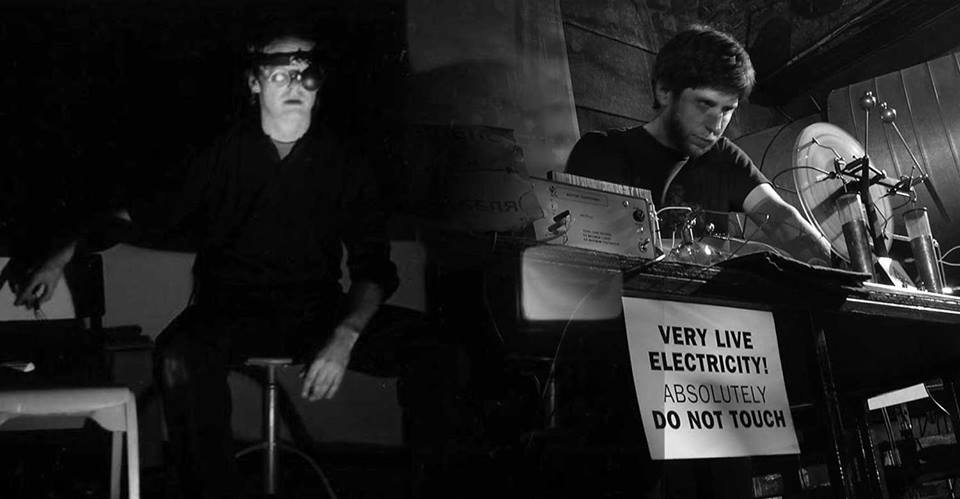 In creating Glasovne žice| Vocal Strings, Borut Savski will duel by tearing up the local sonic soil and using homegrown algorithmic devices, while Disinformation’s Stargate will point his spikes through the active modules of electromagnetic radio noise and broadcast signals through the prism of the psychology of perception and illusion. 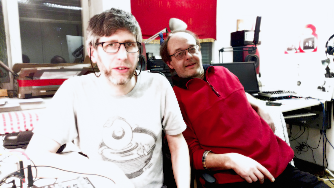 Their joint piece, performed for the first time, is entitled National Grid (of Slovenia).

ZVO.ČI.TI so.und.ing DUO is a series of electroacoustic performative sound events premiering works created in collaboration between a Slovenian and an international artist. Curated by Brane Zorman.

Borut Savski Glasovne žice| Vocal Strings
Within the unpredictable crisscrossing of the codependency of voice and generated sound I will act as an artist and move the orbs of sound material to the left and to the right side (halve). Voice in its primal form – before the word, sound (“wire/string”) – before the music. Various algorithmic approaches/devices equally take part in the piece. Within the context of the evening, I decided on an intimate concept, where all comes from the within (outwards). An ode to the lost individual.

Disinformation Stargate
Radio noise from the sun
“While solar flares either dissipate in space or are drawn back to the surface of the Sun, plasma shock-waves surge outward, increasing the velocity of the solar wind. On impact, the Earth’s magnetosphere warps like a tennis ball being hit with a hammer. Power-lines blow as DC transients induce in AC grids and submarine cables: ionospheric disruption distorts or obliterates radio communications, GPS reception and TV: satellites malfunction and drift off course: impulses in astronauts’ nerves misfire: aurora intensifies in the sky: VLF whistlers echo across the night side of the globe… While this coronal mass ejection may take anything from 6 to 40 hours to reach the Earth, its emergence through the upper layers of the Sun’s atmosphere rattles local plasma, exciting a radio emission which reaches the Earth at the speed of light.”

Borut Savski & Disinformation National grid
Sound from live mains electricity
Pulsing sub-bass audio suggests associations with the most primal anthropomorphic element in music – the rhythms of the human heart, with fetal and infant hypnagogic sense memories, with seismic activity, the rumble of thunder (Jimi Hendrix claimed that his earliest childhood memory was of a thunderstorm) and even with war. Disinformation’s National Grid is a sub-bass installation sourced directly from the output cables of live mains electrical transformers. National Grid offers live physical evidence of environmental electromagnetic pollution, a demonstration of the intrinsic musical properties of alternating current, beat-frequency effects, the architectural acoustics of its own exhibition space, a formula for the realization and suppression of Futurist sound art, a cathartic response to the pressures of urban life, and a monolithic soundtrack for the genius of electrification. 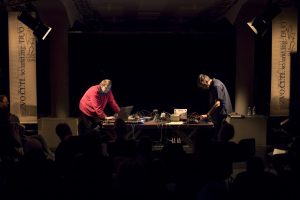 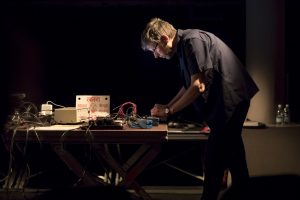 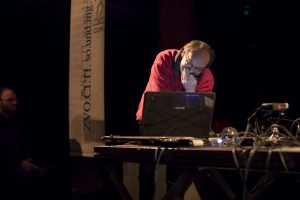 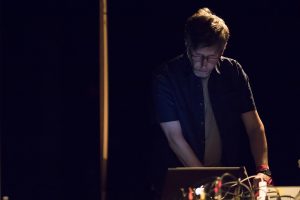 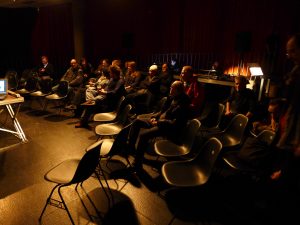 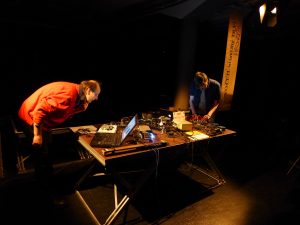 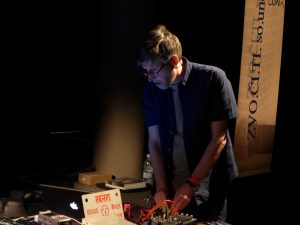 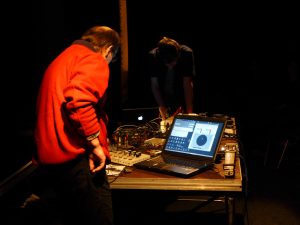