audiovisual performance; a view into the sound modulation o light…

The VECTOR SYNTHESIS project is an audiovisual, computational art project using sound synthesis and vector graphics display techniques to investigate the direct relationship between sound+image. It draws on the historical work of artists such as Mary Ellen Bute, John Whitney, Nam June Paik, Ben Laposky, and Steina & Woody Vasulka among many others, as well as on ideas of media archaeology and the creative re-use of obsolete technologies.

Sound and graphics are driven by analog synthesizer, which moves the beam of light in vertical and horizontal directions – combining into complex abstract forms with  infinite resolution. A hypnotic view on sound! Derek points to the difference between sound as phenomenon and sound as symbol. The phenomenon shakes, while the symbol just represents. We will witness a basic approach to two phenomenons – sound and graphics! 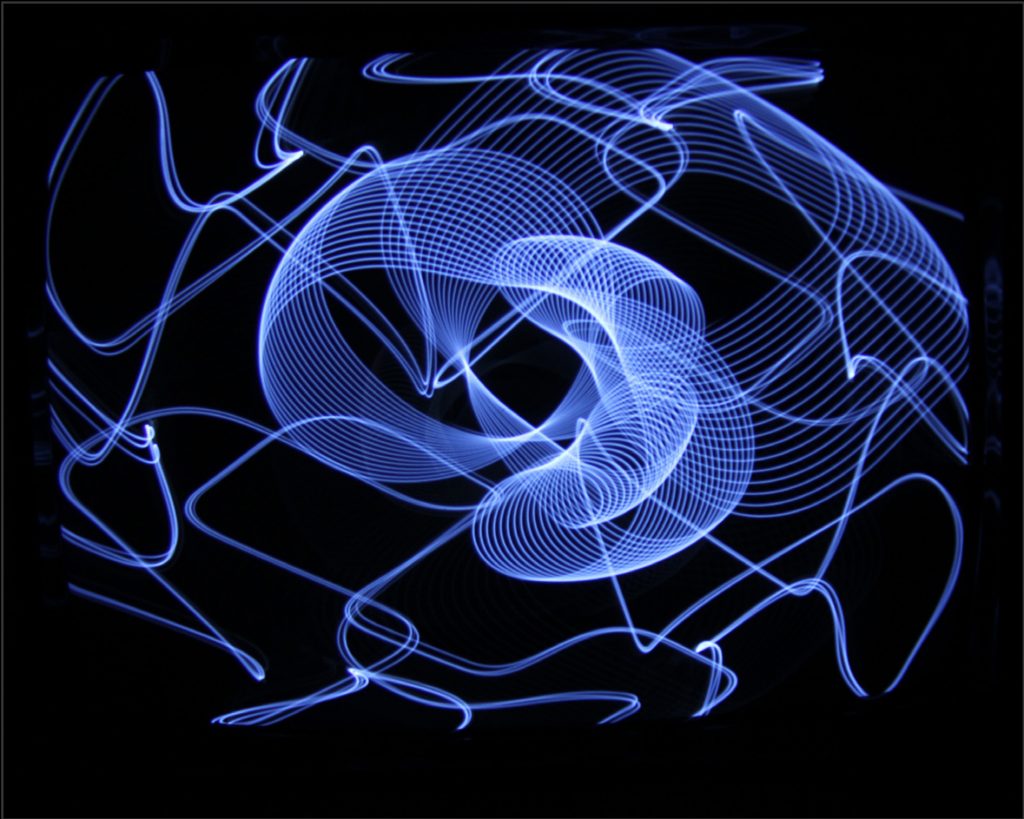 In this project media archeology reveals the forgotten instantaneous reaction  of electronic or laser beam in opposition  to a sequence of frames (or half-frames) – to which we grew accustomed with modern graphic animations. The beam drawn analogously has no limitations such as  resolution – it is smooth. Synchronicity of sound and vision is extreme – gluing together the two media into one. Neither sound nor graphics are illustrations of one another.

The abstract image is far away from the square images  of reality, but it reminds us on the basic physical reality of the beam of light.  Media archeologist turns back fifty and more years when there was still talk of signals – not of data. Obviously, such principles have left the technology domain to re-enter the aesthetics, where they open new/fresh lines of thoughts.

Derek Holzer (1972) is an American instrument builder and sound artist based in Helsinki FI & Berlin DE, whose current interests include DIY analog electronics, the relationship between sound + space, media archaeology and the meeting points of electroacoustic, noise, improv and extreme music. He has performed live, taught workshops and created scores of unique instruments and installations since 2002 across Europe, North and South America, and New Zealand.

Programs such as this at Cirkulacija 2 are supported by the City of Ljubljana.