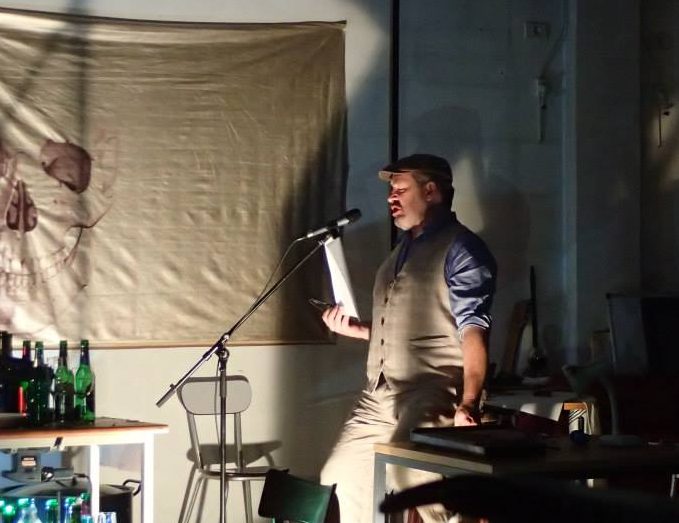 Cirkulacija 2 is happy to announce Mike Hentz, artist and educator, organizer of many international collective art projects – ranging from performances, situations and platforms. He will be in Ljubljana from 24th May to 2nd June 2016.

Mike Hentz (1954), Swiss / American, living in Berlin. Hentz is a visual and poly-media artist, performer, musician, and was co-author of several pioneering projects in media art in the 1980s and 1990s. He was a professor at the art academies in Hamburg (HFBK Hamburg, 1989–1997) and in Stuttgart (Akademie der Bildenden Künste Stuttgart, 2003–2007) and since 2009 he has been teaching at film and media department at the RISEBA Riga. He is a co-founder of several cutting-edge artistic projects/platforms/groups as: Minus Delta T (documenta, Kassel, 1987), Hotel Pompino/Van Gogh TV (Ars Electronica, Linz, 1990), Van Gogh TV/Piazza Virtuale (documenta, Kassel, 1992) and Ponton Media Art Lab.


Stefan Doepner remembers working with Mike Hentz in 1995 in Hamburg – in the project of “Treujanische Schiff” (derivation of the ships original name: Treu). The ship was tugged in Hamburg harbour near to the fish market and became a platfrom for the local artistiv and culture scene for half the year. It reactivated and dynamized the local scene which was already falling apart to individual artists.