On Thursday, 22nd October 2015 at 20.30 you are welcome to the Cirkulacija 2 center in Tobačna Ljubljana for still another from the “Noise is us” series of sound/intermedia events:

Dušan Zidar aka Spiro Mason – What can we learn from the native and pre-objective?

Sound interactive project with a working title “What can we learn from the native and pre-objective?” is an opensource software application including a variety of digital photos which are through temporal periodicity converted into sound patterns.  The latter turn into the basic sound material of the sequencer, which transmits the sound image to the listener via internet streaming. Digital photos, the frozen images of archeologic nano territory, where bio-habitat manifests its unyielding nature, transmit the reality into a digital code.

The frozen image creates a distance towards its reality and transforms into a digital footprint. This particular kind of tautology serves as the “laboratory” isolation of data and its sonicity. This way an inverse structure of shaman reality is formed, which sounds its nature in virtual internet structure. Via streaming it reveals how “unsubstantiality” of digital information travels through time and space. As the distribution goes with the flow of virtual dimension, its uniqueness is never archived.

Our commitment to constant opening of our sound imagery and exposing it to a variety of intertwining actions within and beyond the human existence shows how fragile and complex are bonds that exist in relations with plants, animals, geologies, atmospheres, people and data, as well as in various combinations of one another. 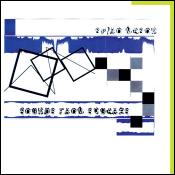 Dušan Zidar is a sculptor, lately teaches at the Department of fine arts at Pedagogical Faculty in Maribor/ SI. Works independantly also by the name Spiro Mason.Active in the areas of sculpture, intermedia installations, photography and sound experiment. He is a member of Theremidi Orchestra.

Album “Sounds from the Squares” at Trivia Records:
http://www.3via.org/records/index.php?opt=item&id=67

With this kind of events, Cirkulacija 2 opens the acoustic space and tehnical means for the interventions of other colleagues artists. We entitled it The Sound Hyperspaces, and with this name we want to point to the differences of artistic approaches and styles, and also to the idea that by using the dynamic positioning of sound sources – the sound may reach the dimensions unseen.